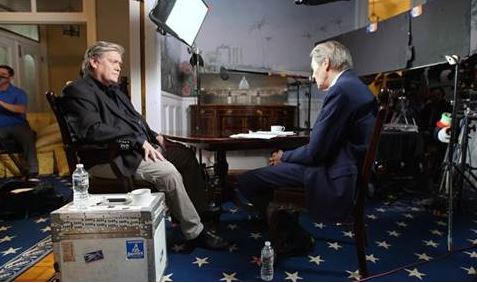 During his 3-hour interview with CBS’s Charlie Rose, former White House chief strategist Steve Bannon takes on the Catholic church saying their position approving of DACA is economic. “They have an economic interest in unlimited immigration, unlimited illegal immigration. And as much as—As much as I respect Cardinal Dolan and the Bishops on doctrine, this is not doctrine. This is not doctrine at all.”

“I’m a street fighter. I’m a fighter. And by the way, I think that’s why Donald Trump and I get along so well. I’m going to be his wing man outside for the entire time,” Bannon tells Rose.