NEXT:Pres. Trump Says NBC Should Apologize 'to AMERICA' Over Tillerson Report
PREVIOUS:Randall Stephenson on Jeff Zucker and CNN: 'Our Priority Is to Keep Management Teams in Place' 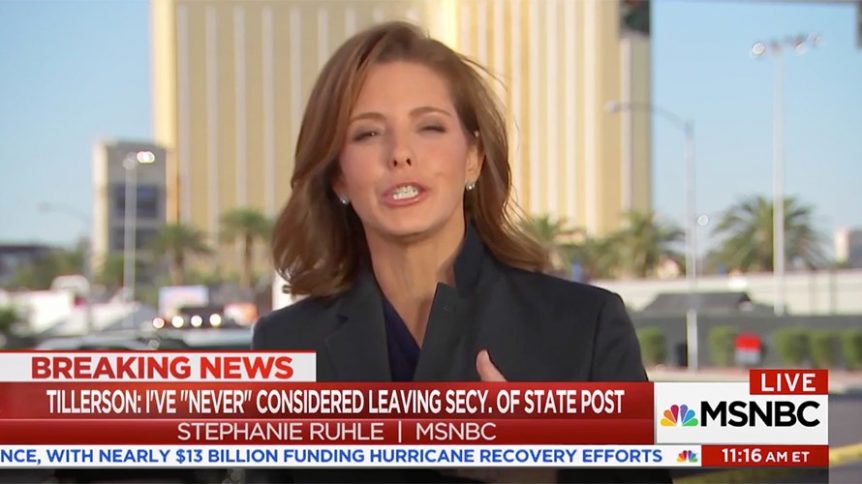 The White House is pushing back aggressively against an NBC News report published by Carol E. Lee, Kristen Welker, Stephanie Ruhle, and Dafna Linzer this morning, which claims that Sec. of State Rex Tillerson described his boss Pres. Trump as a “moron” over the summer as tensions grew between the State Department and White House.

Do the NBC Newsers stand by the story, despite this push back? At least one of them does…vehemently.

Ruhle, who’s presently in Las Vegas reporting on the massacre, told Hallie Jackson on MSNBC in the 11 a.m. hour: “My source didn’t just say that he called him a moron. he said an f-ing moron.”

The president is not pleased about the story, and has been attacking NBC News all morning via Twitter, even calling for the network to apologize.