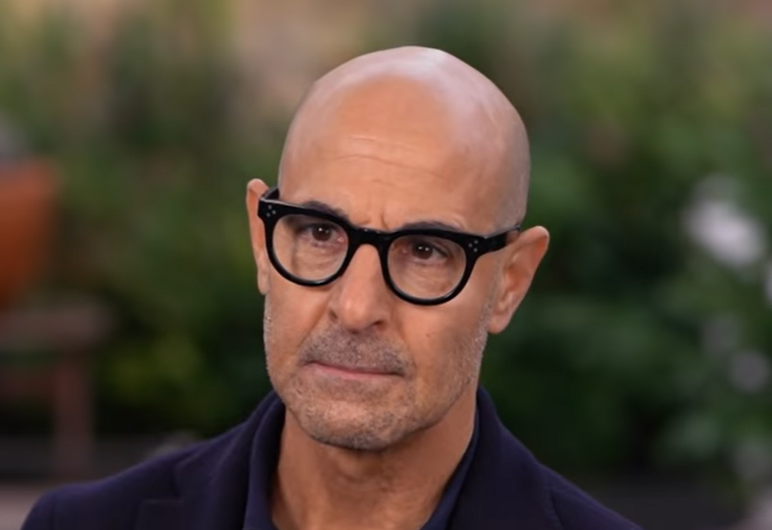 Sunday at 9 p.m. ET, CNN is premiering Stanley Tucci: Searching for Italy, the network’s first travel food series since the death of Anthony Bourdain in June 2018.

In Searching for Italy, the Italian-American Golden Globe- and Oscar-winning actor takes viewers on a culinary tour of the home of his forefathers over six episodes—from the creamy carbonara of Rome, to the delicious pasta alla Norma in Siciliy, the saffron-infused risotto in Milan, and the crispy tenderness of bistecca alla fiorentina.

In the series premiere, Tucci spotlights Naples and the Amalfi Coast.

“Searching for Italy was something that I’ve had in my mind for a very long time,” Tucci told reporters during a recent virtual press conference. “Luckily, CNN came to me. For what reason? I don’t know. They asked if I had ideas, I threw out a couple of ideas. And this one was one that they said, ‘Oh yes, that sounds good. We’ll do that.’.”

CNN original series chief Amy Entelis was also on the call, adding: “When Stanley came to us and said, ‘I want to look at food, but I want to bring the history of Italy to the surface, the culture of Italy, I want to see, I want to show how it all fits together.’ And that makes it kind of a home run for the kind of original series that we think works for our viewers.”

Tucci said he lived in Florence for a short time when he was young, and is Italian on both sides. A series like this made perfect sense for him.

“Italian cuisine is incredibly complex and varied,” he said. “If we go from the north from Alto Adige, where you’re bordering Switzerland, and then you go down to Sicily or even the island or from Lampedusa, you are 70 miles off the coast of Africa, that is going to create the huge disparity, and what is grown and what is how you build your house, how you live your life.”

The coronavirus pandemic influenced the production process for Searching for Italy, though not as much as one might think. The first few episodes of the series were actually filmed pre-Covid; the final two episodes were filmed mid-Covid, but before the second significant wave hit, when the rules throughout much of the country had been relaxed a little bit.

Tucci said the team got a bit lucky, but that the pandemic had still emerged as a story within the story.

“We’re very lucky to be able to do this. Right now, you couldn’t do it,” said Tucci. “At that time, we could do it, and my hope is we’ll be able to do it again, and people then will be able to go experience it themselves. But in the meantime, it’s our job to bring it to people and hopefully we offer some kind of solace while you’re stuck inside, not being able to go anywhere.”

“I would venture to guess that maybe you’re watching more CNN and you might have watched in the past, given the news is going on,” she said. “Part of the marketing lift is our audiences are bigger than ever. They’re the largest audiences we’ve had in 40 years. So, I think it feels like a bigger lift, but I know that our viewers are watching more often and staying on longer, staying with us longer, so we are benefiting from that.”