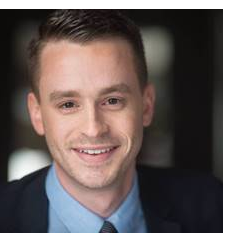 Andrew Dymburt is leaving the warmth of South Florida for a new job at ABC News’ Washington, D.C., bureau, starting next week as a multiplatform reporter.

ABC News’ D.C. bureau chief and vp Jonathan Greenberger announced that Dymburt is joining the network after a stint at South Florida’s WSVN-7 (Fox’s Miami/Fort Lauderdale affiliate), where he was a reporter covering breaking news and politics. Dymburt’s most memorable work at the station was traveling with Marjory Stoneman Douglas High School students, teachers and parents from the Florida State Capitol to the United States Capitol, covering the March for Our Lives movement in the wake of the tragic mass shooting at Parkland.

As a Coral Springs, Fla., native and graduate of Marjory Stoneman Douglas High School, the tragedy had a profound, unique impact on Dymburt’s reporting. He also reported extensively on Florida politics, including the 2018 gubernatorial race.

Previously, Dymburt honed his breaking news skills at KOIN-TV in Portland, Ore., covering the 2016 Election Day riots and the massive Eagle Creek Wildfire, as well as at News12 in the Bronx and Brooklyn, N.Y., where he reported on Eric Garner’s death and the beginning of the Black Lives Matter movement.