NEXT:Here's What We Noticed at the Playboy and NBC News/MSNBC After-Parties
PREVIOUS:Will Carr Leaves Fox News for ABC 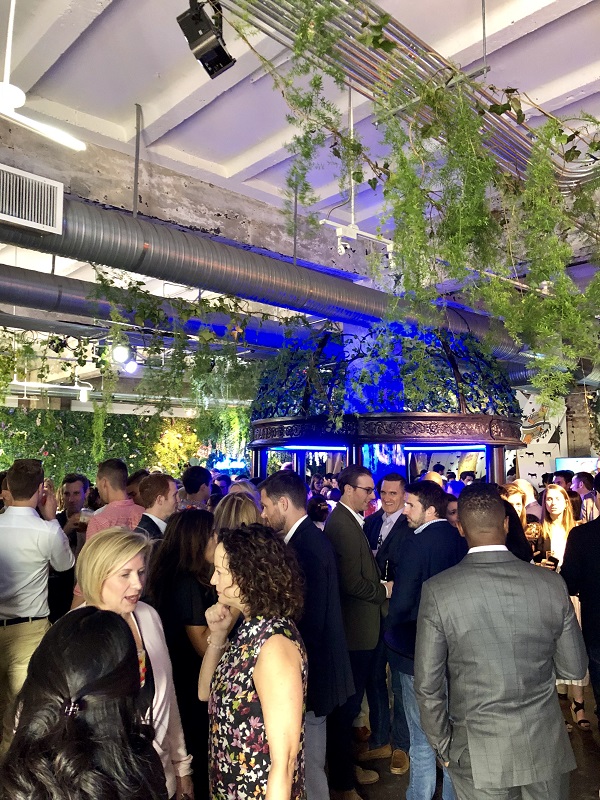 CNN threw its annual White House Correspondents’ Weekend “Political Hangover Brunch” this afternoon in Washington, but if attendees were hungover, they sure didn’t show it.

The Longview Gallery had an Alice in Wonderland theme going on, and it was packed full of CNN staffers (and newsers from other outlets) who work in front or behind the camera. We stopped by the soiree shortly after 11 a.m. ET, just as the king of the weekend Michael Avenatti was walking out the door (the party was scheduled to run from 10 a.m. – 2 p.m. ET). We jokingly asked Stormy Daniels‘s attorney if he was heading to another WHCD weekend party, he chuckled and continued on his way. We didn’t get an outright “no.”

We did not spot Wolf Blitzer, but we briefly chatted with his ep Jay Shaylor and his wife. Shaylor, who helms The Situation Room, told us that it is indeed quite a chaotic time in the world of media, but also remarked that he and his team “just try to keep our heads down, plug away and remain fair from 5 – 7 p.m.” CBS News transportation reporter Kris Van Cleave was there too.

Jake Tapper made a pit stop at the party in the morning before hopping on a flight bound for Los Angeles in the afternoon. Tapper is set to appear on Jimmy Kimmel Live tomorrow, in part to promote his new book, The Hellfire Club.

Pivoting to the topic on everyone’s mind – Michelle Wolf‘s performance at the White House Correspondents’ Dinner. Many we spoke with felt some of the routine was funny, but the consensus was they didn’t like the way in which she went after White House press secretary Sarah Sanders. “It was excessive,” one TV newser remarked. “Kind of f*cked up,” said another.

We chatted with CNN Washington bureau chief and senior vice president Sam Feist for a bit. He isn’t a fan of having comedians at these events in general. Feist told us that he has been to roughly 20 White House Correspondents’ Dinners, and feels the comedians have been harder on some presidents more than others. He recalled Don Imus‘s performance being particularly brutal. “I remember when Imus was there and he started going off about Bill Clinton‘s sex life,” said Feist. “It just made me, and I think many others in the room, really uncomfortable,” said Feist.

Feist also touted the network’s success in 2017, success he said wasn’t confined to just ratings. “If you roll all of these different metrics together, 2017 was really our best year ever,” he said.