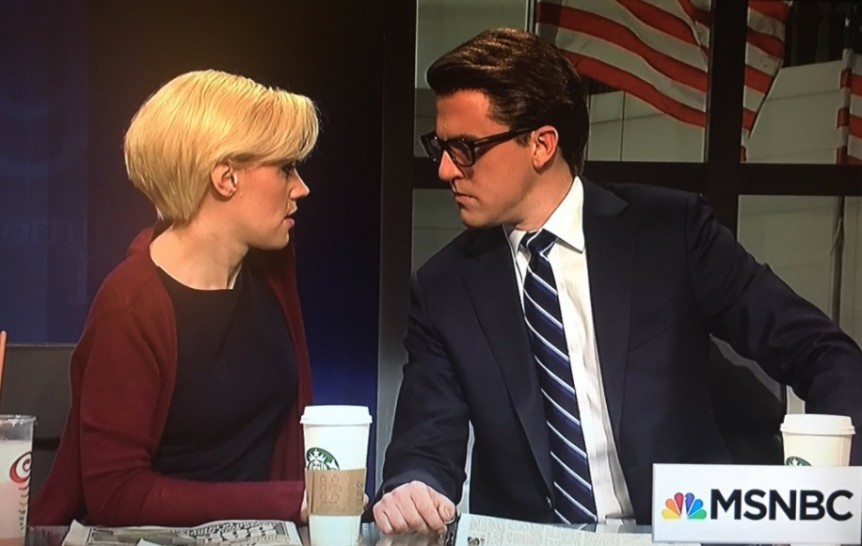 A few weeks after Morning Joe criticized an SNL skit that took shots at Pres. Trump’s supporters, Saturday Night Live featured Joe and Mika in tonight’s cold open. Kate McKinnon played Mika and Alex Moffat was Joe in a send up of the recently-engaged MSNBC morning hosts, as confused contributors like Willie Geist and Mike Barnicle looked on.

The Joe and Mika sketch was followed up by a “Where in the World is Kellyanne Conway” sketch. On Morning Joe back in February, Brzezinski was among the first network news anchors to announce that the Counselor to President Trump wasn’t welcome on the show.

“She’s not credible anymore,” said Brzezinski, adding, “Kellyanne Conway does not need to text our show as long as I’m on it, because it’s not happening here.”