NEXT:For 1st Time Ever, MSNBC Is No. 1 in Prime Time on All of Cable
PREVIOUS:Evening News Ratings: Week of July 17 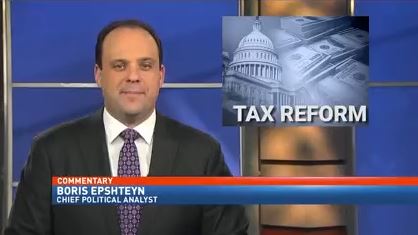 We can all put the speculation to rest that Sinclair Broadcasting is going to launch a national cable channel to rival Fox News, or any other cable news channel.

“After we acquired Allbritton [Communications] in 2014, we looked hard at launching a national cable news channel, but we decided the world didn’t need another cable news platform,” Sinclair CEO Chris Ripley told Variety in a cover story out today. “Our strength is local news. The market for national cable news is very well served,” said Ripley.

The building blocks are certainly there for Sinclair. When it acquired Allbritton in 2014 it took ownership of D.C.-based NewsChannel 8. If it is successful in acquiring Tribune Media, Sinclair will own WGN America, which is in 73 million U.S. homes. It also owns the Tennis Channel and digital news site Circa. It produces the Sunday public affairs show Full Measure with Sharyl Attkisson. And it is already the largest owner of TV stations in the nation with 173, adding another 39 if the Tribune deal goes through.

Sinclair is already mandating that its stations, in markets ranging from Seattle to Macon, GA, run segments from hosted by Pres. Trump loyalist Boris Epshteyn, who was hired in April as chief political analyst. It’s not out of the question that Bill O’Reilly could play a similar role with Sinclair. One relationship that doesn’t appear to be changing its affiliation agreements with ABC, CBS, NBC and Fox. “We’re not looking to compete directly with the ABCs and NBCs of the world,” Ripley told Variety. “Those businesses are incredibly robust. We’ll continue to affiliate with them and that will be a core part of our business.”