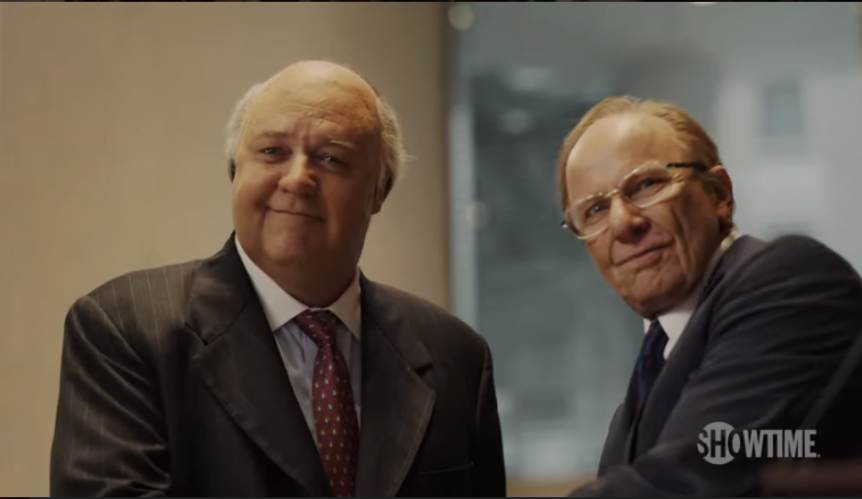 The trailer for Showtime’s seven-part limited series—Loudest Voice in the Room— is out, and it looks pretty good.

The series is based on Gabe Sherman‘s 2014 book, The Loudest Voice in the Room, and will begin in the mid-1990s, when the late Fox News CEO (portrayed by Russell Crowe) created a conservative-leaning network we all know was meant to stand out against CNN and MSNBC. Over seven episodes, THR reporter Lacey Rose writes, “The show is exploring how Ailes rose to power as a master of news as provocative stagecraft, trouncing his rivals and happily feeding a period of partisan acrimony.”

The Hollywood Reporter featured the cast on the cover of its most recent issue, which celebrates the best in New York media, and the series is the basis of the magazine’s cover story.

Loudest Voice in the Room premieres Sunday, June 30 at 10 p.m. ET. on Showtime.