One of the first anchors Ailes hired for the Fox News Channel, was Shepard Smith. Smith spent the first 13 minutes of his show sharing his memories of the man he’s known for more than 20 years: how Ailes supported him when he was being blackmailed, how Ailes embraced him and his partner by inviting them to their home, and the last time they spoke, just before Ailes resigned last summer:

“Being in the public eye is rewarding but comes with many challenges. Roger knew that. He would try to prepare me for that and lead me through it. When a blackmailer entered my life and the lives of my family, he held my hand and saw me to the other side. When details of my personal life became public, he supported me. My partner Gio and I went to a 4th of July party at his amazingly beautiful home overlooking West Point. He used to say, ‘I’ll man the turret if anybody gets near this place.’ And he had one. We’d not attended a work function, the two of us together before. As we arrived, Roger and his son, Zach, and his wife Beth, greeted us on a glorious and hot day. Beth took my Gio by the hand and gave him a tour of that estate. They’d never met. She and Roger treated Gio and me like family. It was a signal to our Fox team and to everyone else that our relationship is a good thing, respect it. Roger had and he did.”

“Then last year, last year we began to learn of another side of Roger Ailes, another part of his life. I didn’t believe it could be true at first. This man I so admired despite our differences. It all came to a head as hundreds of us were in Cleveland for the Republican convention. The accusations were mortifying. All cameras were trained on us. We were the news. Tears flowed daily off camera. So far from headquarters, confused and helpless, and under attack. 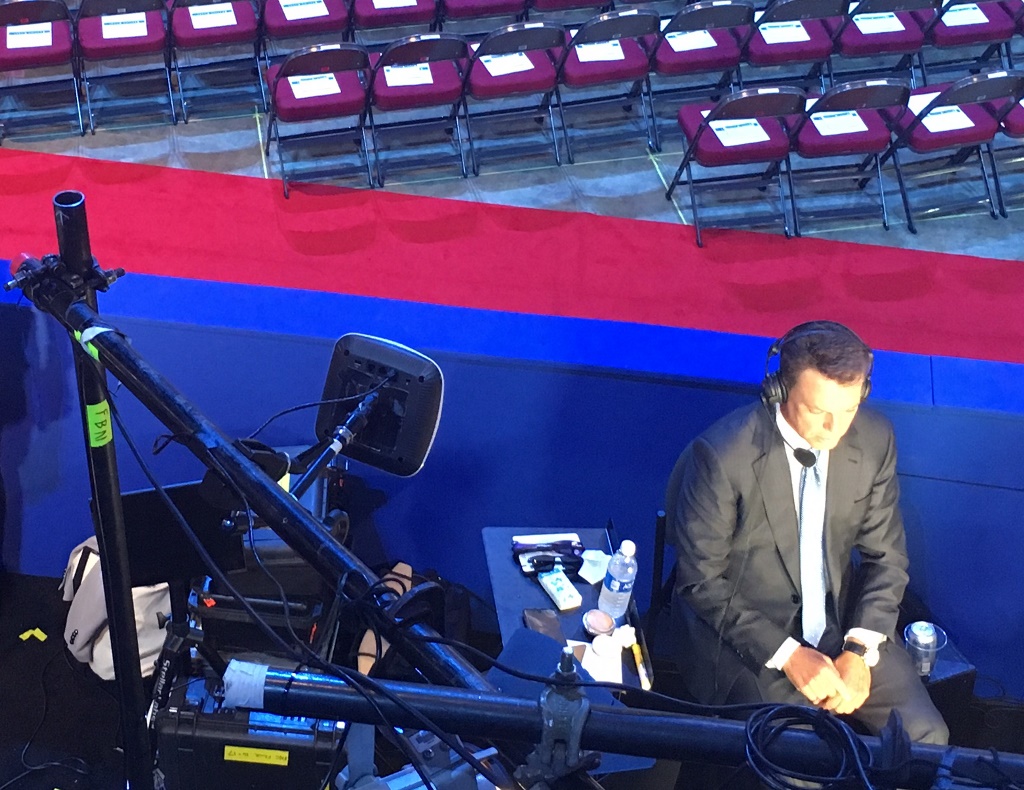 “In our private work space there, by then, surrounded by guards keeping prying reporters away from us, a cell phone was being passed around. Roger’s on the line. I took it in my hand and said, Roger — ‘hey, how are you doing?’ His voice was firm and reassuring. I’m okay, Roger. We’re all working hard. There was a private exchange then. He told me keep up the good work. Keep everybody motivated and on point. We’ll get through this. I love you. That was the last we spoke.”

“He left the company and the rest is history. To the true victims, respect and comfort. It’s all so complicated. Everything here was and is, as he was.”