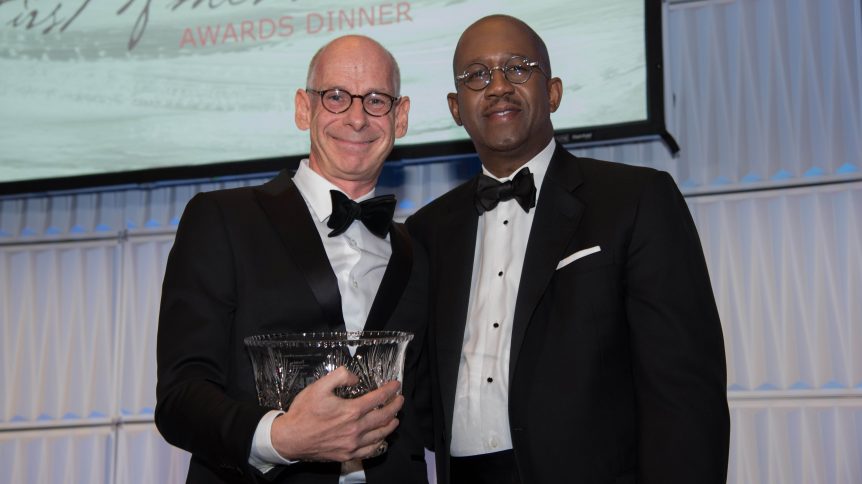 “Each year, we honor journalists and First Amendment leaders who have refused to let fear silence facts,” said RTDNF executive director Dan Shelley. “Men and women have fought and died to protect the First Amendment. Our nation’s highest court has consistently upheld its assurances of a free press. Though under threat more than at any time in our modern history, no temporary inhabitant of any public office or institution, no matter how powerful, may usurp it.”

Here are the honorees, also with some notable quotes from their acceptance speeches, according to CNN’s Brian Stelter, TVNewser’s founder, who was in attendance:

RTDNF also honored Sen. Amy Klobuchar of Minnesota with the First Amendment Defender Award, which recognizes an organization or person “who takes a public stand in support of press freedom.”