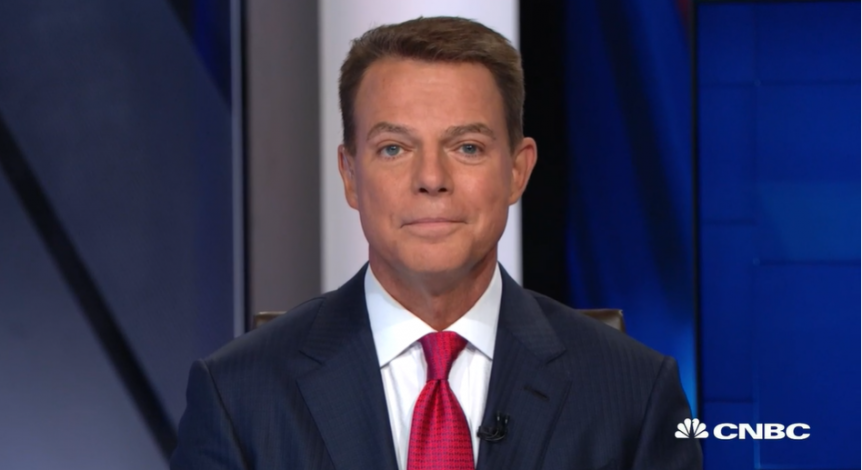 Shepard Smith wasted no time on Wednesday night’s premiere of his new CNBC evening newscast, briefly introducing himself to viewers, and emphasizing the “on CNBC” part.

He said that his nightly newscast, The News With Shepard Smith, will feature a minute-long open on most nights, a hallmark of the network newscasts, but on this particular night, he felt what transpired at the previous night’s debate merited its own special monologue: “As it turns out, in this moment, that’s just the noise. You’ve heard it. And we need to cut through it.”

Smith captured the audience’s attention by teasing a CNBC poll of who won the debate (“you’ve shown us what you think”), and continued:

“Let’s mark this moment. Last night the president called into question the heart of our democracy—the peaceful transition of power. Is there assurance that it’ll happen? Asked to give it, the president declined, and openly sowed the seeds of distrust in the outcome. … In the debate, the president told a group of white supremacists—some of whom stood by those in Charlottesville with their torches—to stand back and stand by. Joe Biden declared the duly elected president of the United States unfit to lead, called him a racist, a liar, a clown, and told him to shut up. We’ve never seen any of this. Not in America. But from this we march toward the vote.”

Smith told us in an interview earlier this week that he would be tapping the deep bench of journalists across the NBC News Group portfolio for his newscast, and that certainly was the case last night. There was on-the-ground coverage from NBC News correspondents Shaq Brewster and Dasha Burns. NBC’s Miguel Almaguer beamed in from the Napa Valley, where he’s covering the California wildfires. MSNBC veteran Steve Kornacki also made an appearance to talk polling. There were CNBC mainstays like Jane Wells, Contessa Brewer and Eamon Javers. The latter beamed in to talk about the president’s weeks of railing against mail-in voting and pushback from state officials.

The opening newscast resembled Smith’s old 7 p.m. show—a mix of the most pertinent hard news stories of the day, with some general/human interest ones to wrap up the hour.

It was a compelling premiere broadcast, and the network should be pleased. Now will it work on a business news network? That’s the multimillion dollar question.