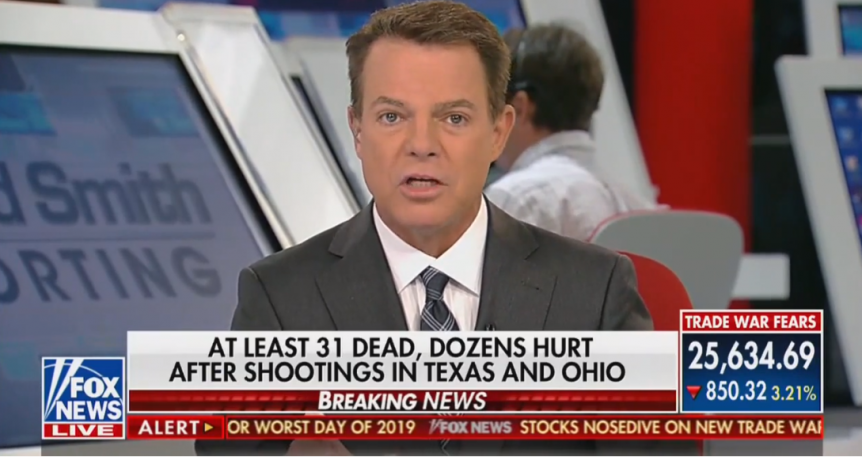 The theme of Smith’s opening monologue was, “Yet again in America,” a reference to the fact that these attacks have become far too commonplace in this country in recent years.

“Yet again in America innocent families are slumped to their knees in grief living an unimaginable weight, to retrieve the bullet-riddled bodies of their children and parents slaughtered in senseless gun violence. Yet again in America we search our souls for answers, beg our leaders for solutions that thus far have not come.

Attacks like these are all the more traumatizing perhaps because after the fact, we can all put ourselves there.

We can picture ourselves at a crowded Walmart… We can relate to being at a bar late on a summer Saturday, having a conversation and a laugh with some friends.”

Later in his monologue, Smith brought up the news that the El Paso terrorist’s alleged manifesto talks about a supposed “Hispanic invasion of Texas.”

Unfortunately, occurrences like these have become far too routine in America, a point which Smith hammered home in his closing.

“Each time we hear kids cry, parents pray, and politicians promise. Then it happens yet again in America. Here a friend mourning the teacher in El Paso who was buying classroom supplies but didn’t survive. Here’s sisters holding each other in Dayton near the spot where her brother drew his last breath. They’ll remember. Now gun laws, regulations, background checks, soft targets, body armor, death penalty, mental health. ‘Time for action.’ ‘I promise.’ ‘Thoughts and prayers.’ We hear you. We heard you last time. And the time before that. And we will likely do it all soon. Yet again in America.”