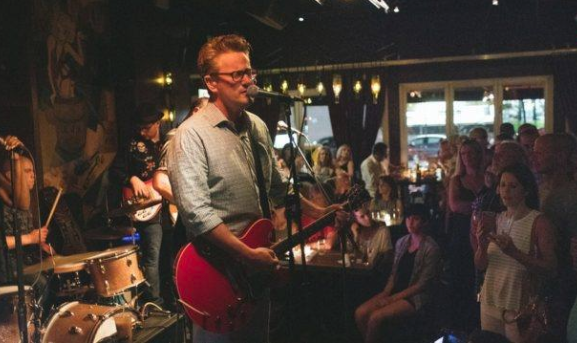 It’s politics in the morning and music at night for MSNBC’s Joe Scarborough.

Scarborough, who celebrates 10 years of Morning Joe on MSNBC this year, is also celebrating the release of his new EP Mystified which comes out Friday.

Scarborough will be performing a free show tomorrow night at New York City’s Cutting Room, which happens to be where HLN host Robin Meade debuted her album Count on Me a few years ago.

Scarborough says he has spent the last year recording 50 of his 400 original songs. “I’ve got a hell of a lot of songs to get out there, so I’ll be releasing them in waves for the next four years,” he said. “I may take a quick rest after releasing my first 200 songs.”

If you can’t make it in person, the show will stream on Facebook Live.

We hear Scarborough will also be making a return visit to Late Show with Stephen Colbert where he will perform some of his originals songs.