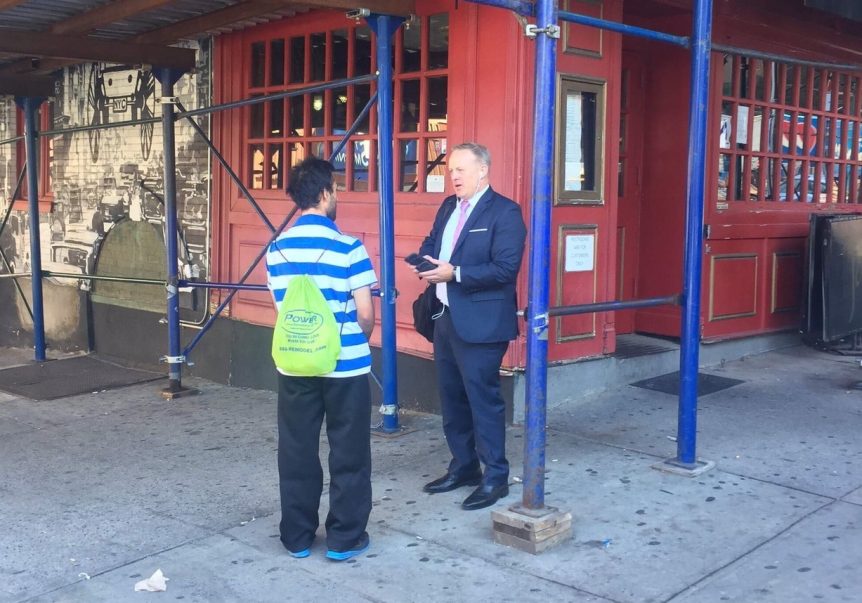 Outgoing Trump spokesman Sean Spicer is in New York City this morning, planning his professional life after the White House.

A TVNewser tipster sent us this picture of Spicer at the corner of West 57th Street and 10th Avenue in New York City. That just happens to be across from CBS News headquarters.

CBS News declined to comment on whether a meeting took place. But we hear Spicer is making the rounds dropping in to other networks as well.

Spicer quit his job as White House Press Secretary last Friday when Pres. Trump hired Anthony Scaramucci as Communications Director. After some negotiation, Spicer chose to stay for a transition period through August.

More: Spotted leaving the headquarters of FNC, FBN and The Wall Street Journal: