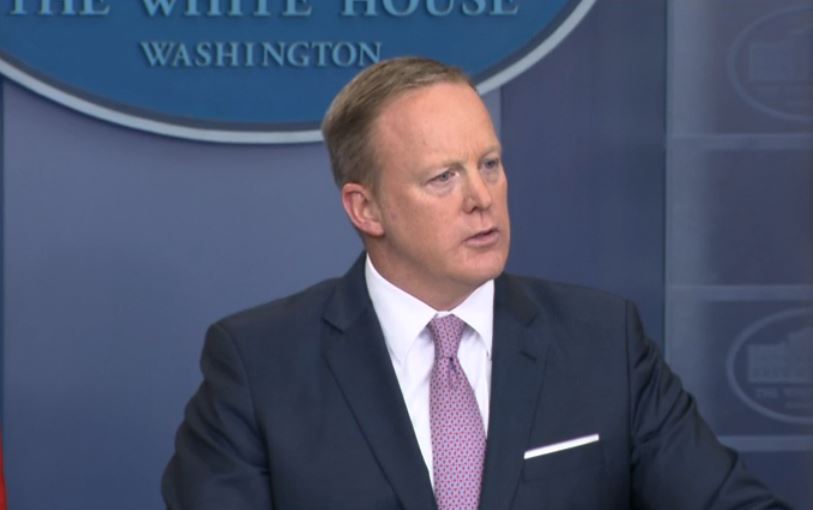 “We are going to offer viewers a unique perspective and insights into what’s really happening, who is up, who’s down  and most importantly how it’s going to affect their lives,’’ Spicer said. “I’ve had a front row seat to to how Washington works at the highest levels– in the White House, Congress, the Pentagon and K Street.  We are going to invite our viewers into a conversation that is totally unique.  We will ask the questions and cover the topics that everyone in America is thinking about but no one is asking or talking about.”

Spicer & Co. will broadcast from studios near the White House, where Spicer will lead an ensemble of Washington insiders, experts, journalists and power brokers to analyze the day’s top headlines from the Beltway and the key news from the U.S. and the world.

In 2011 Spicer was named communications director of the Republican National Committee and from 2014-2016 also served as its chief strategist before assuming the role of White House press secretary in December 2016.

Spicer resigned from his communications role in the Trump administration in August 2017. He had a very adversarial relationship with the press corps during that time, especially with CNN’s Jim Acosta. Their legendary back-and-forths during televised press briefings became the subject of many TVNewser items during the first half of 2017.

Newsmax TV, home to Spicer & Co., is now carried on all major cable systems in 100 million cable and paid OTT homes, and its overall reach rose close to 200 percent since August of 2019, according to ComScore data.