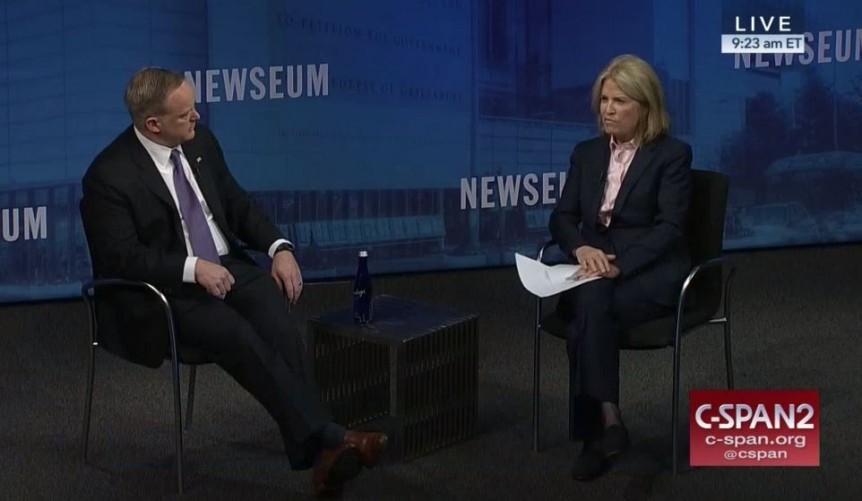 MSNBC’s Greta Van Susteren turned up on her old channel, CNN, this morning as the network carried live part of a half-day event at The Newseum. (MSNBC carried it live too, Fox News did not.)

Following Spicer’s “inexcusable” (his word) comment about Hitler, yesterday at the press briefing, he explained to Van Susteren that the comment will “definitely go down as not a very good day in my history.”

For me, there is two takeaways. One is it’s a very holy week for both the Jewish people and the Christian people. So of all weeks, this compounds that kind of a mistake. Second of all, it’s really painful to myself to know that I did something like that because that obviously was not my intention and to know when you screw up you possibly offended a lot of people. I would ask for folks’ forgiveness to understand that I should not have tried to make a comparison. There’s no comparing atrocities.

Van Susteren asked if Spicer had talked to the president about the gaffe. “I did not talk to him. No, I haven’t talked to him this morning.”

“This was my mistake. My bad, that I needed to fix.”

Click here to watch the Van Susteren/Spicer interview, via C-SPAN.