NEXT:Scoreboard: Sunday, Nov. 4
PREVIOUS:Fox News Is Delivering a Multi-Faceted Election Experience to Its 'Nation' of Superfans 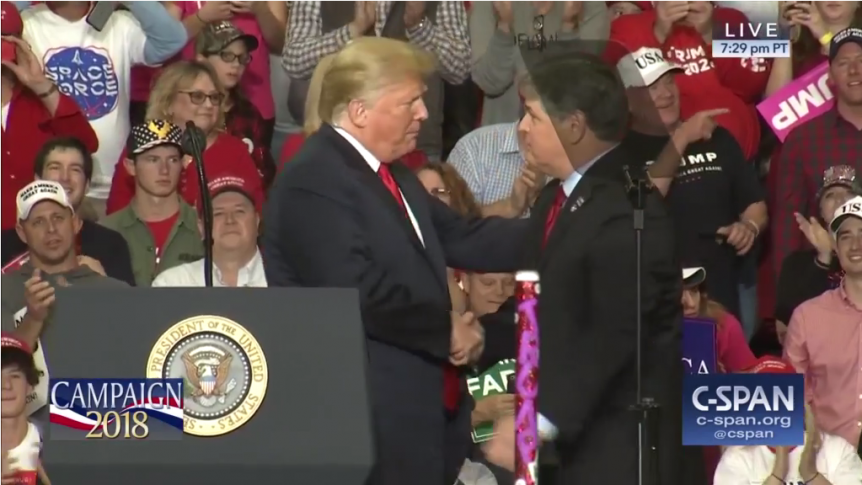 After Hannity’s 9 p.m. show ended, Trump called cable news’ No. 1 host to the stage after saying, “I have a few people who are right out here, they’re very special, they’ve done an incredible job for us. They’ve been with us from the beginning also.”

The TV newser immediately went after “the fake news media” there to cover the event on behalf of their respective outlets. “By the way, all of the people in the back are fake news,” proclaimed Hannity, before looking at his friend, the president, and smiling.

It’s not known if he meant to include members of the Fox News news operation who were there in the back of the arena, but it will be interesting to see if he will be spoken to about that.

Judge Jeanine Pirro also appeared onstage with Trump in what might be a breach of network protocol, as did Kellyanne Conway and Ivanka Trump earlier in the rally. 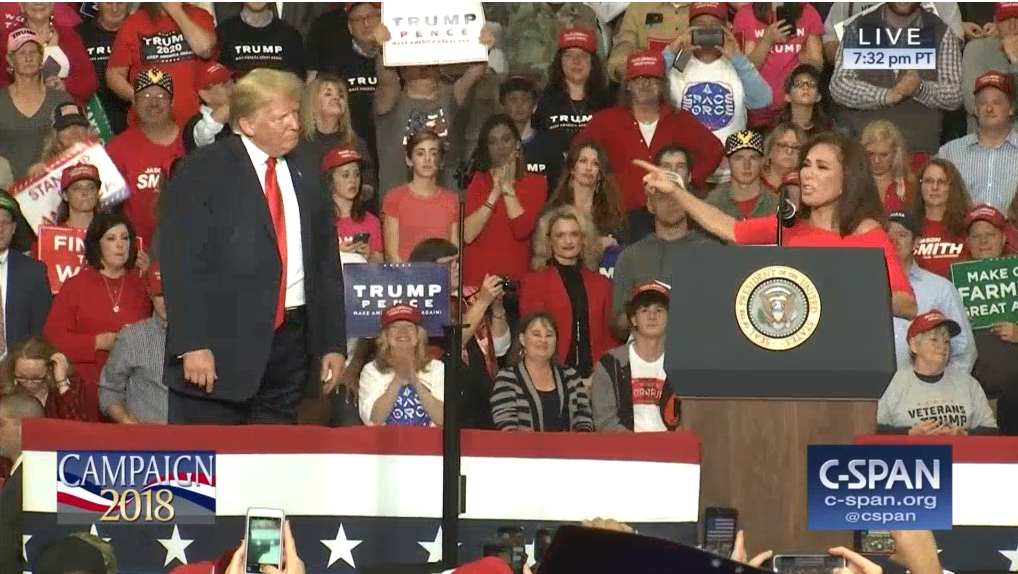 Fox News did not broadcast the rally, but C-SPAN did.

Donald J. Trump for President, Inc. sent out a press release Sunday afternoon that Hannity and Rush Limbaugh would make guest appearances at his rally, the final one before the midterm elections.

Fox News had originally downplayed the nature of Hannity’s presence at Monday’s event, saying “he will just be hosting his 9 p.m. show from the rally site where he will be interviewing Trump.” Hannity’s interview with Trump in Missouri had been announced the previous Friday.

In spite of reports, I will be doing a live show from Cape Girardeau and interviewing President Trump before the rally. To be clear, I will not be on stage campaigning with the President. I am covering final rally for my show. Something I have done in every election in the past.

Fox News has yet to respond to a request for comment about Hannity’s and Pirro’s on-stage appearances at the rally.