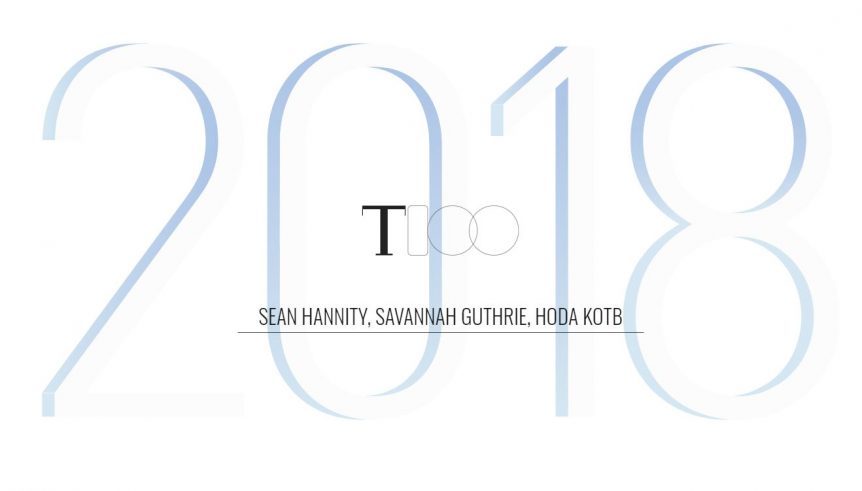 The 2018 Time 100 is out and, as always, several TV news names are on the list, including the Today show’s Hoda Kotb and Savannah Guthrie, Fox News’ Sean Hannity, and Ronan Farrow.

Maria Shriver writes about Guthrie and Kotb: “These are hardworking journalists who worked their way up from the bottom. They are both survivors, and they are both wonderful. They’re wonderful on their own, and they’re even more wonderful as a team.”

Newt Gingrich on Hannity: “Sean Hannity has a remarkable impact between three hours of radio and an hour of TV every day. Hannity played a major role in helping Trump get the nomination and win the general election. Sean is both a principled conservative and a ferocious opponent of the left and the deep state. He has made and is making a difference.”

Ashley Judd on Farrow, as well as The New York Times’ Jodi Kantor and Megan Twohey: “Their hard work and impeccable journalism have changed attitudes, behavior, conversations, norms, laws and policies, yielding enormous personal and public good. Farrow, Kantor and Twohey amply demonstrate journalism’s power, igniting the individual and collective passion that has led to empowering movements such as #MeToo and Time’s Up. I, for one, am grateful.”