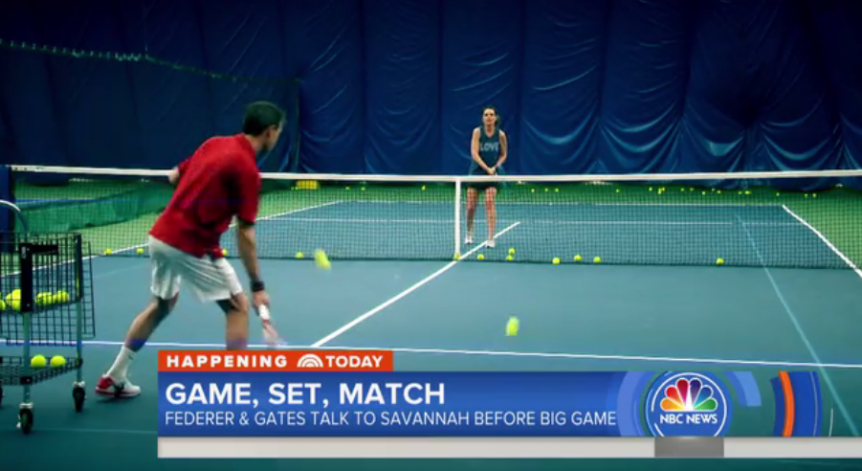 Savannah Guthrie is in the midst of quite a sports-filled winter. The Today show co-anchor (and southpaw) is partnering with American tennis star Jack Sock in a charity doubles match against the iconic Roger Federer and Bill Gates.

The epic showdown, which will benefit the Roger Federer Foundation and its support of children’s education in Africa, takes place tonight in San Jose, Calif., and will be broadcast on Tennis Channel.

Today show viewers are likely aware that Guthrie is a huge Federer fan, and has referred to him as her idol on more than one occasion.

Guthrie has been practicing for months, and is ready to take her talents to the hard court.