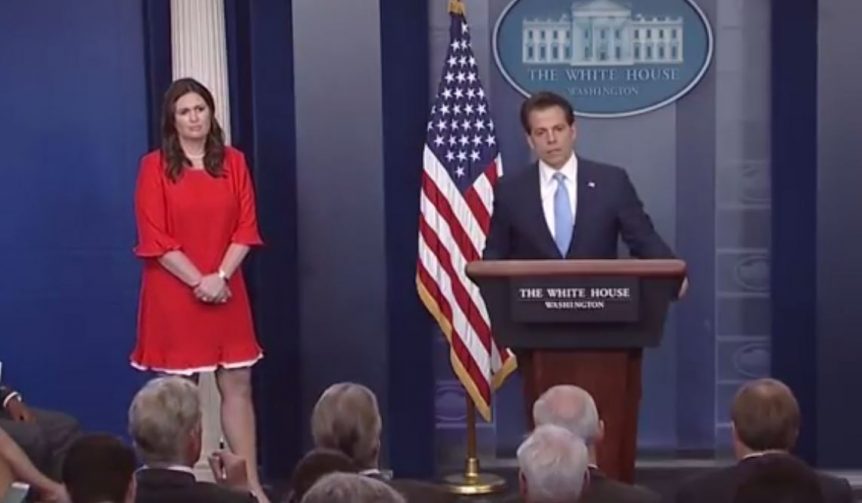 Anthony Scaramucci won’t officially begin his new job as White House Communications Director for another “couple of weeks,” he says, until an ethics review is concluded. But that didn’t stop him from making his first appointment, naming Sarah Huckabee Sanders as the new White House Press Secretary.

Sanders, the daughter of former Arkansas Governor and Fox News host Mike Huckabee, had been deputy press secretary to Sean Spicer. Spicer resigned this morning after Pres. Trump hired Scaramucci to head up White House communications. Spicer will stay on through August.

“The president loves Sarah,” Scaramucci said about why he promoted her.

Huckabee Sanders kicked off today’s briefing, which was carried on the broadcast and cable news networks, before handing it over to Scaramucci who spent 34 minutes answering reporters questions. Reuters’ Jeff Mason, who is also president of the White House Correspondents’ Association, asked whether Scaramucci will commit to returning to a regular on-camera daily briefing. 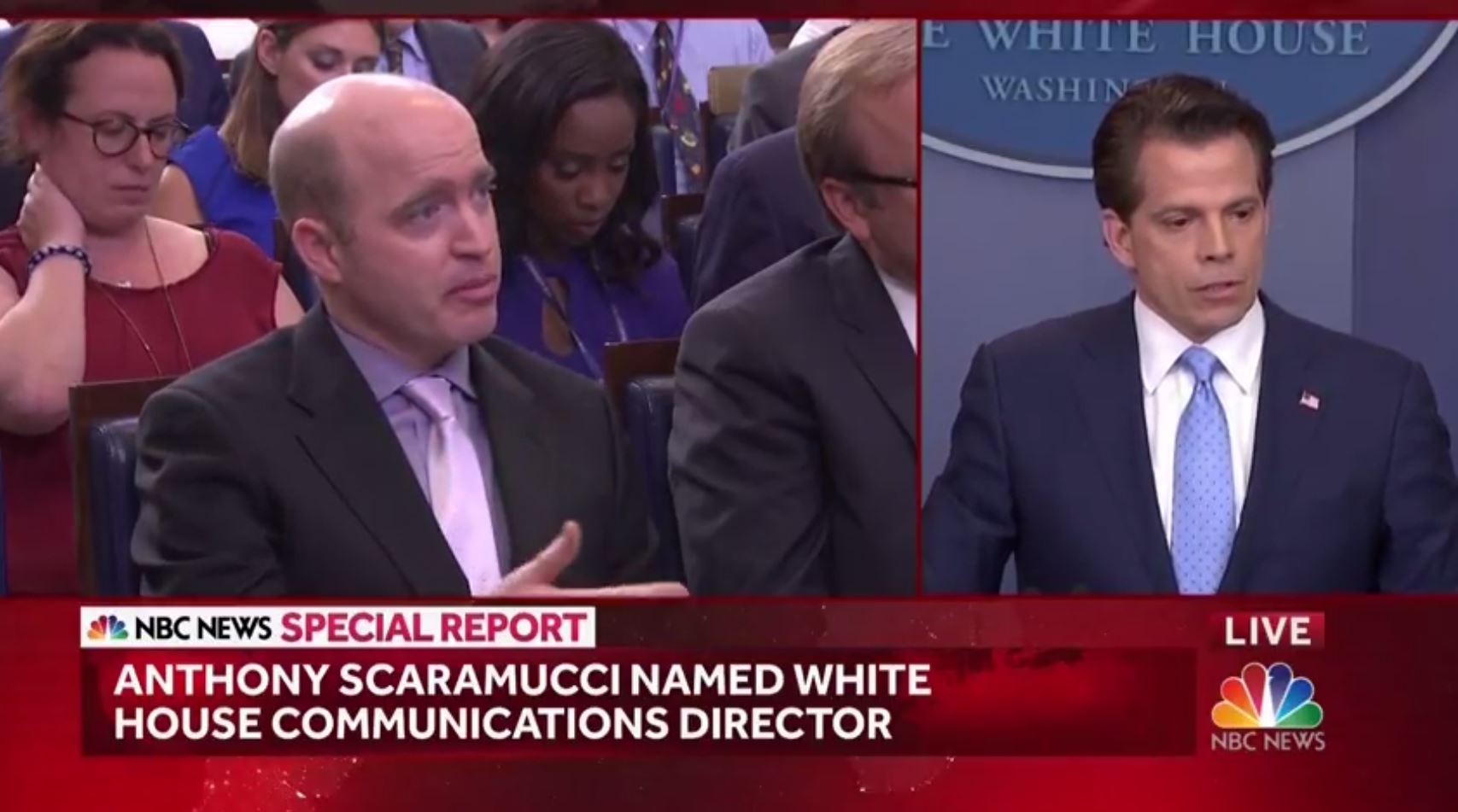 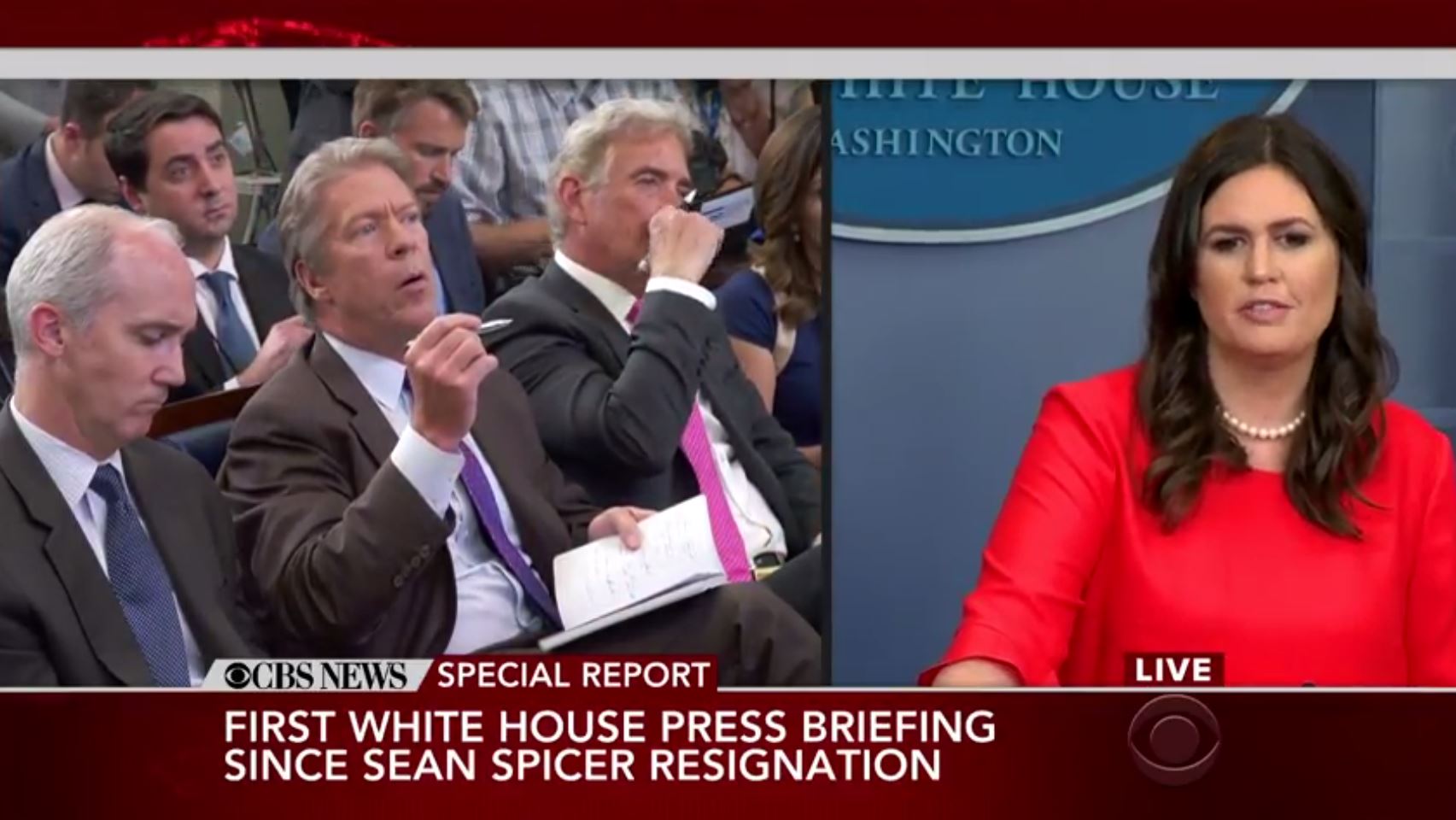 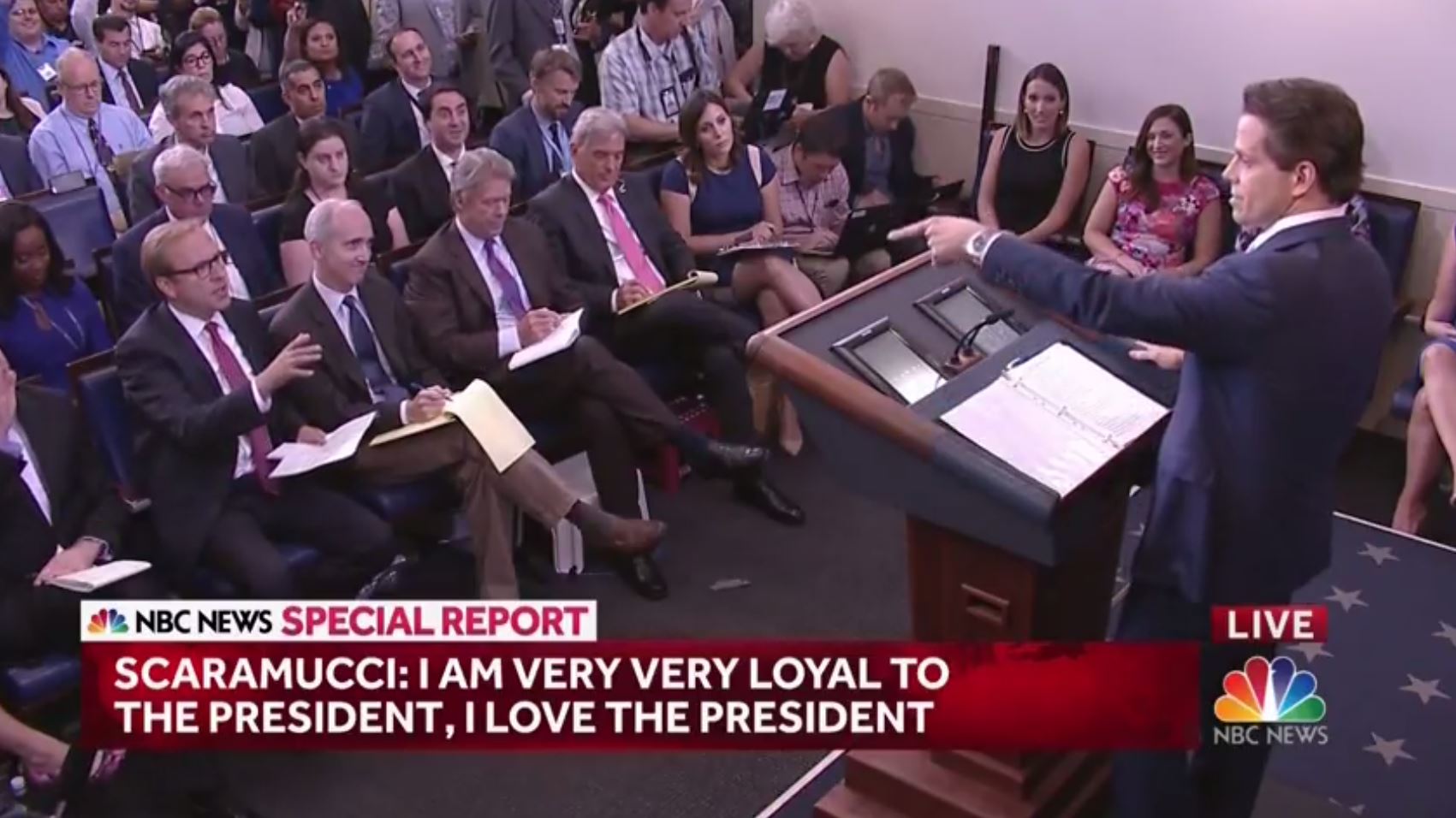 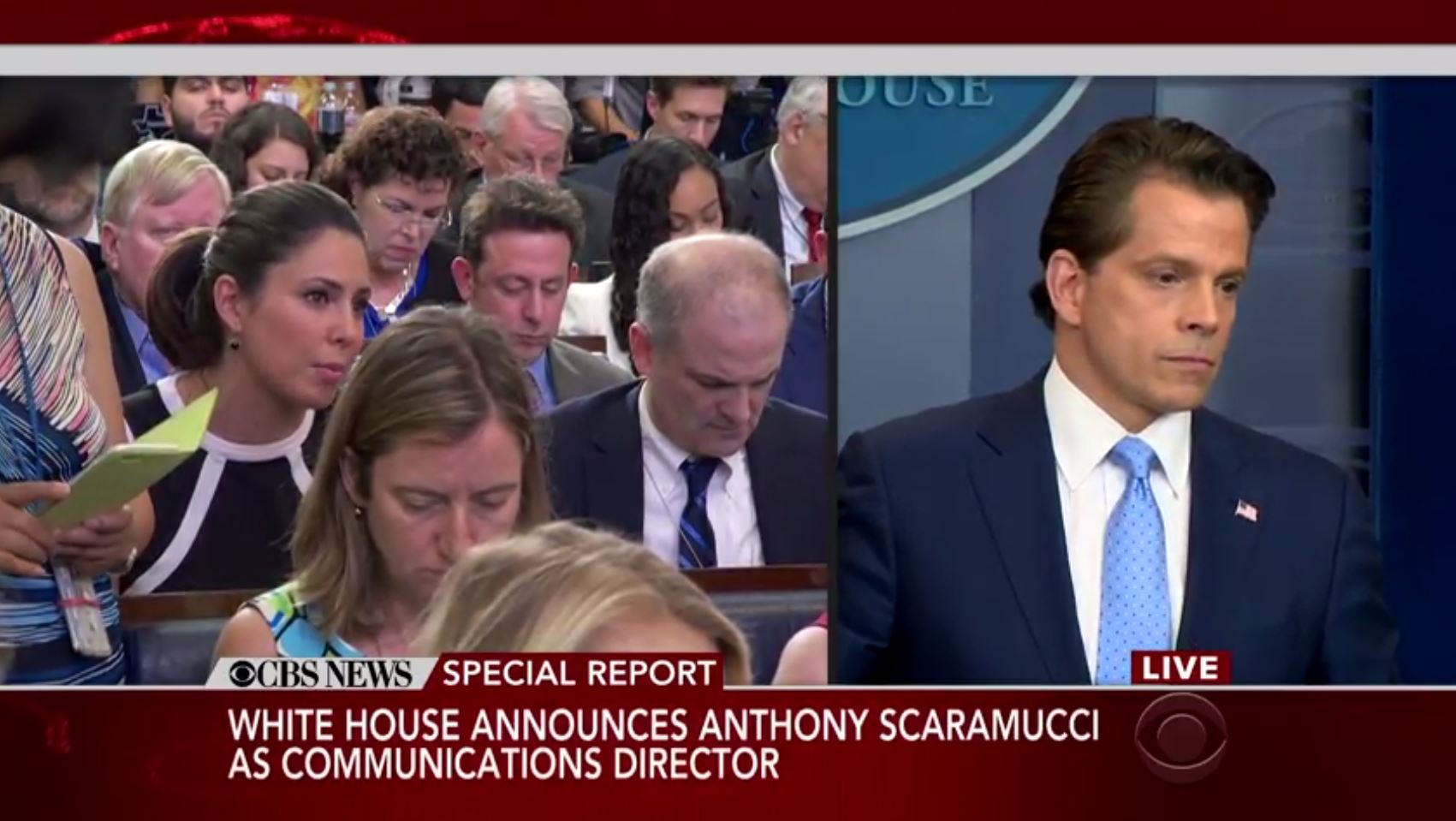 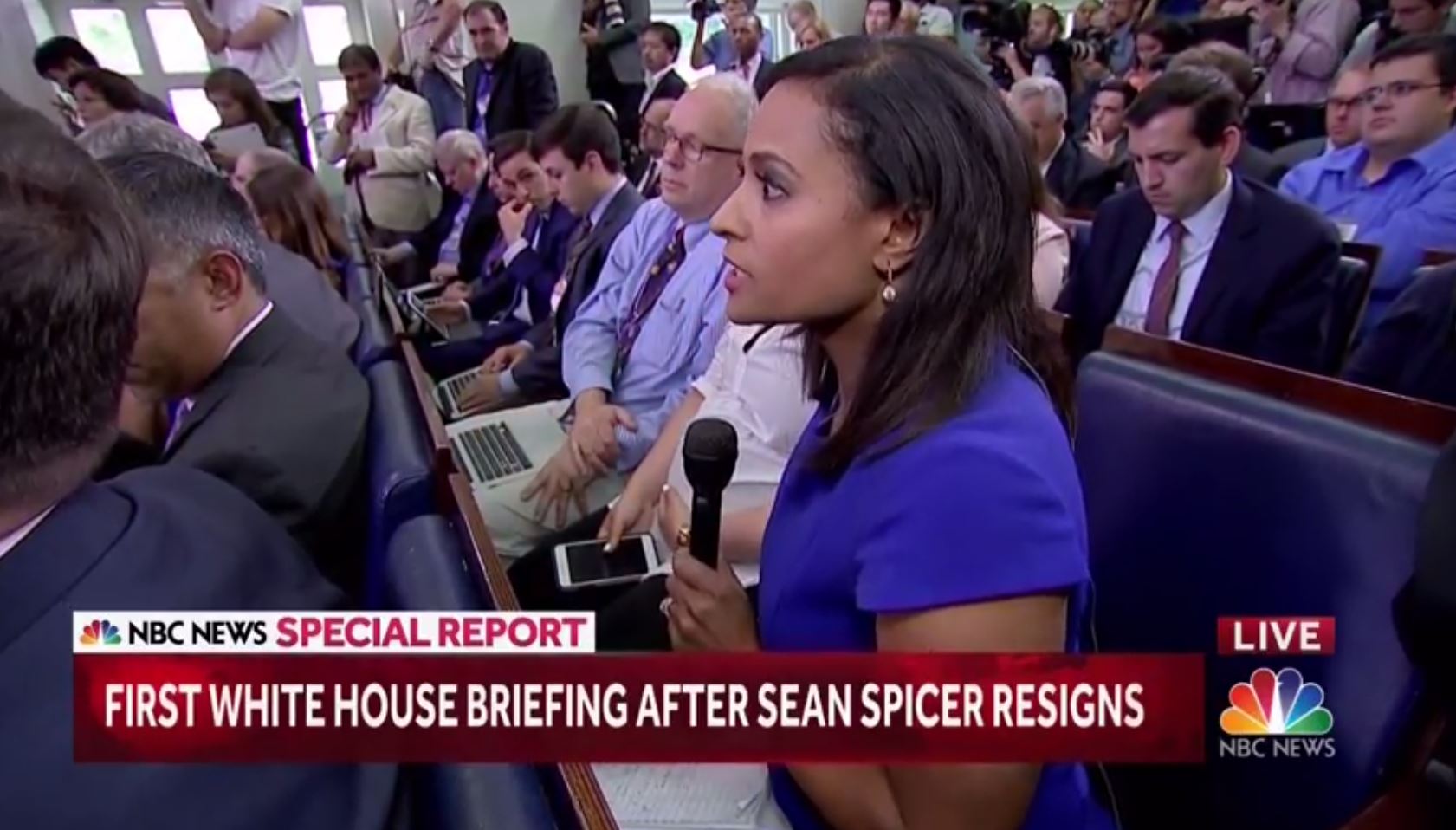