NEXT:Anthony Scaramucci to Host TMZ, For One Day Only
PREVIOUS:Scoreboard: Saturday, September 9 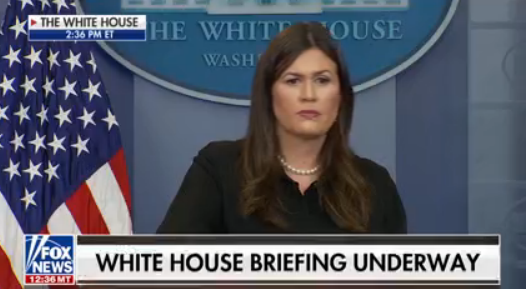 Longtime ESPN personality and co-host of the network’s 6 p.m. SportsCenter, Jemele Hill has garnered a lot of negative publicity for controversial comments she made about President Trump earlier this week.

When a reporter asked White House press secretary Sarah Huckabee Sanders if the administration was aware of a tweet referring to the president as “a white supremacist,” and had any response to that, Sanders said she did not know if the president was aware, but she said “certainly that is one of the more outrageous comments that anybody could make and is a fireable offense by ESPN.”

Here are Hill’s Trump-themed tweets from Monday and Tuesday:

Trump is the most ignorant, offensive president of my lifetime. His rise is a direct result of white supremacy. Period.

The height of white privilege is being able to ✌?ignore✌?his white supremacy, because it’s of no threat to you. Well, it’s a threat to me.

She continued on Tuesday:

He is unqualified and unfit to be president. He is not a leader. And if he were not white, he never would have been elected

Donald Trump is a bigot. Glad you could live with voting for him. I couldn’t, because I cared about more than just myself

Some are calling for The Worldwide Leader in Sports to fire Hill, including the outspoken Fox Sports Radio host Clay Travis, who has a track record of being quite critical of ESPN.

So @espn suspended Linda Cohn for saying ESPN was talking too much politics. Didn’t suspend Jemele Hill for saying Trump was a racist.

anyone asking. She didn’t get fired ‘cauee disney and ESPN are fine w/liberal racism vs conservative logic. Only naysayers to that are liars

It’s unclear if ESPN will fire Hill or if she will face a suspension in light of her comments.