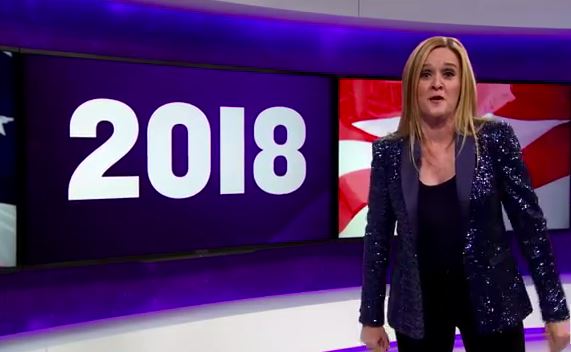 The second not-annual NWHCD will take place at DAR Constitution Hall in Washington D.C. on Friday, April 26, and the dinner will air on TBS the following evening.

“Assuming there still is a Washington D.C. by April,” Bee quipped.

“I vowed never to host a NWHCD ever again,” the comedian said in a statement. “But the White House Correspondents’ Association has left me no choice—it is now up to comedy journalists to take care of real journalists. Even if those journalists insist on wearing corduroy.”

Unlike this year’s White House Correspondents’ Dinner, Bee says her event will feature her signature comedy, celebrity guests, “and better food than last time,” and it endeavors to bring together journalists, members of the media, and people who are committed to reaffirming the First Amendment.

All proceeds for Not the White House Correspondents’ Dinner will go to the Committee to Protect Journalists (cpj.org).

As you may have heard, the 2019 White House Correspondents’ Dinner will not feature an entertainer for the first time since 2003; this comes after many in the news media slammed comedian Michelle Wolf for some jokes she made at last year’s dinner.

WHCA president Olivier Knox said not long after last year’s event that his inbox had been inundated with emails consisting of advice on how to improve future dinners. He continued with a list of changes the ceremony might include: “No entertainer. No comic. A serious speaker. Maybe a musician. Maybe don’t televise it.”

With that in mind, Knox selected presidential biographer Ron Chernow as the speaker of this year’s dinner.

Wolf wasn’t a fan of the move:

The @whca are cowards. The media is complicit. And I couldn’t be prouder. https://t.co/OOIFGuZ731

And neither is Bee, it appears.

“It’s bigger than just the Free Press this time around,” added Bee. “This is about the non-sexy parts of the First Amendment too—and if the White House Correspondents’ Association won’t defend them, we will.”