21st Century Fox co-chairman Rupert Murdoch, who is also executive chairman of Fox News, sent a memo to staff thanking them for making the channel the most-watched cable network so far in 2017. He also noted FBN’s gains on CNBC.

In his note, Murdoch steered clear of the ongoing troubles facing the network, including the status of its biggest star Bill O’Reilly, a looming racial discrimination lawsuit, and another sexual harassment suit.

“I am tremendously proud of our entire team and truly grateful for the hard work everyone has contributed to ensure our continued future success,” Murdoch writes. 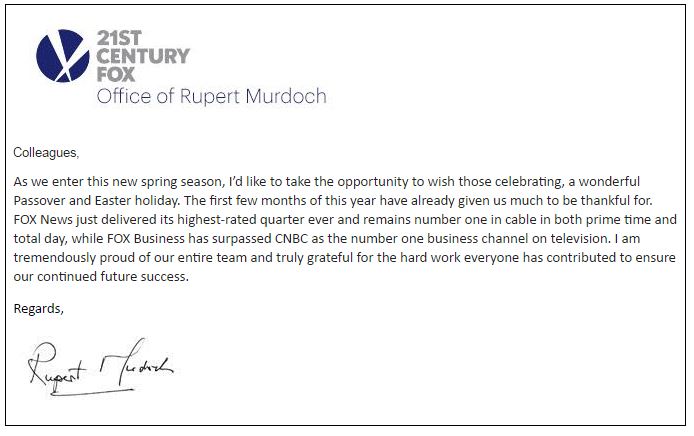