The longtime TV newser was named co-anchor of Nightline in December 2014. For years, he has covered national news stories and in-depth features for the network, reporting across the news division, including GMA, World News Tonight, This Week and 20/20.

Pitts had been chief national correspondent for ABC News since 2013, a title now belonging to Tom Llamas.

After fewer than 24 hours at ABC News, Pitts immediately joined the network’s live special coverage of the Boston marathon bombing investigation. Since then, Pitts has gone on to report live from Baltimore, Dallas and Baton Rouge during each cities’ recent riots and protests. He also co-anchored a special edition of “Nightline” with Juju Chang from Los Angeles, looking back on the city 25 years after the riots that broke out following the Rodney King verdict.

During the 2016 election, Pitts was a key part of the network’s coverage, from the Republican and Democratic National Conventions and the first presidential debates to seven hours of live election night coverage.

Pitts joined ABC News in 2013 as chief national correspondent, telling TVNewser that he left CBS for ABC because: “God, diversity and Diane Sawyer.”

Pitts spent 15 years at CBS News (1997-2013) where he served as chief national correspondent for The CBS Evening News, filed regularly for 60 Minutes, where he had been the sole correspondent of color, and won an Emmy for his coverage of the 9/11 terrorist attacks.

Pitts was named the National Association of Black Journalists Journalist of the Year in 2002. 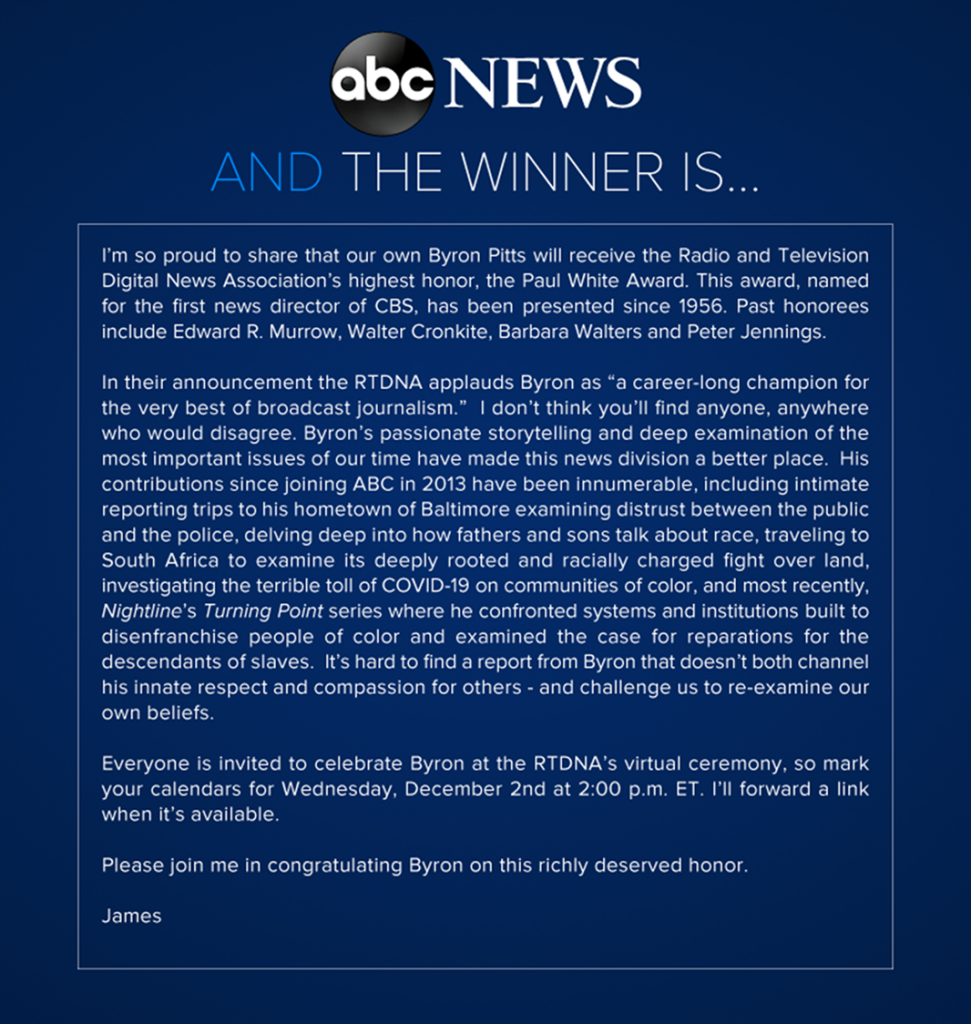