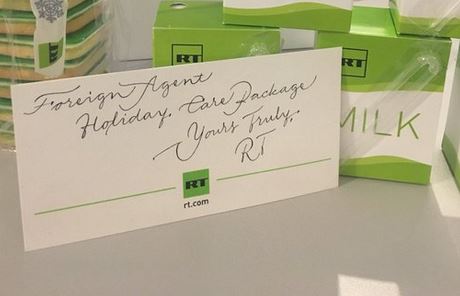 In 2016, the Department of Justice demanded that RT America should register under the “Foreign Agents Registration Act” (or “FARA”). The 1938 law was adopted to counter Nazi Germany. The DOJ threatened to freeze the company’s assets if it failed to comply. Last November, they did.

At the time, RT editor-in-chief Margarita Simonyan tweeted, “Between legal action and registration [as a foreign agent], we have chosen the latter.” She added sarcastically, that she “congratulates the US [on its] freedom of speech and all those who still believe in it.”

If you haven’t seen Lesley Stahl‘s 60 Minutes profile of Simonyan, which aired last weekend, check it out here. In it, Simonyan argued that U.S. TV networks who work in Moscow are not forced to register as foreign agents there.