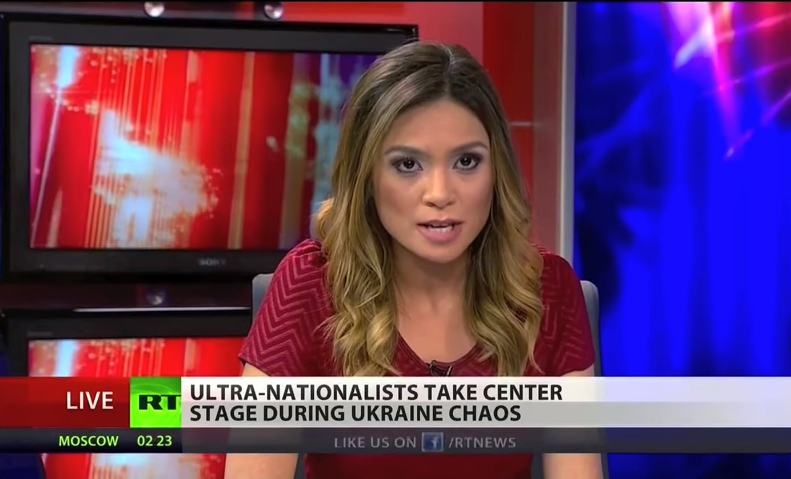 RT stated last Thursday that it would accept the U.S. Department of Justice’s ultimatum to register as a foreign agent in the U.S. by Monday, or expect legal action if it refused to comply.

Well, the Kremlin-funded 24/7 satellite TV news network met the deadline and filed for registration today. The move was announced by RT editor-in-chief Margarita Simonyan via social media this morning.

“Between legal action and registration [as a foreign agent], we have chosen the latter,” Simonyan tweeted.

Simonyan tweeted sarcastically that she “congratulates the US [on its] freedom of speech and all those who still believe in it.”

Last September, the DOJ demanded that a company supplying services to RT America on United States soil should register under the “Foreign Agents Registration Act” (or “FARA”). The 1938 law was adopted to counter Nazi Germany. The DOJ threatened to freeze the company’s assets if it failed to comply.

Simonyan said last week that the news network would go to court to prove that the DOJ’s demands violate the US law. “We believe this requirement is not just contrary to the law, and we intend to prove it in court. This requirement is discriminatory, it contradicts both the principles of democracy and freedom of speech,” she stated on Thursday.

Russian president Vladimir Putin, who briefly crossed paths with Pres. Trump in Vietnam last week, also denounced the U.S. government’s attack on the Russian-funded outlet, “An attack on our media in the US is an attack on the freedom of speech beyond all doubt.” Putin also left open the possibility that Russia would respond to this move accordingly.

Russia’s foreign ministry spokeswoman, Maria Zakharova said the DOJ’s action was an attempt to eradicate an “alternative point of view in the media field.”

Some 400 entities and individuals are currently registered as “foreign agents” under the 1938 United States law. This is the first time a foreign media outlet operating in the U.S. has been added to this list.

Here’s the 2014 viral video of former RT news anchor Liz Wahl quitting the network mid-newscast. Wahl stated that she could no longer be part of a network “that whitewashes the actions of Putin,” and what she deemed was distorted coverage of the crisis in Crimea.