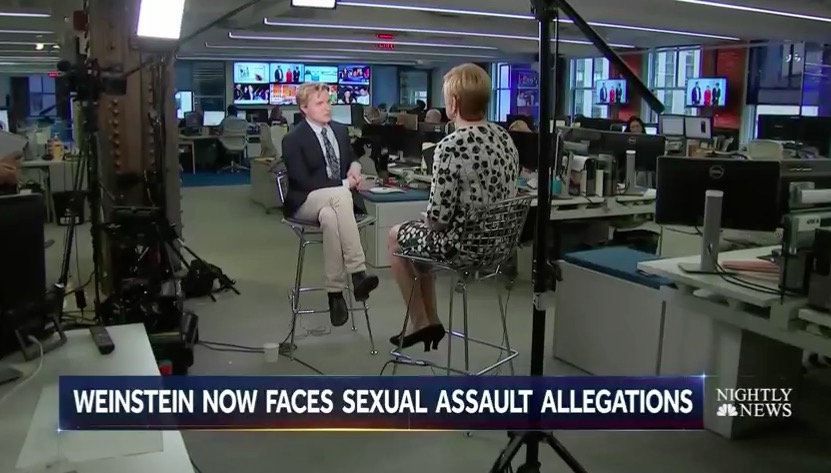 Ronan Farrow signed a 3-year development deal with HBO in Jan. 2018. Two years later, both sides finally announced their first project as part of that deal.

Farrow will collaborate with Academy Award nominated directors Heidi Ewing and Rachel Grady of Loki Films to investigate threats, intimidation and violence directed at journalists working to expose corruption and abuse by governments, corporations and other powerful interests. The film for HBO will follow subjects here in the U.S. and internationally.

“Around the world, journalists are under fire,” Farrow said in a statement. “They’re being spied on using new surveillance technology, imprisoned, even murdered. And we’re seeing evolving tactics deployed against reporters in the United States, too, against the backdrop of a new era of misinformation campaigns and rhetoric that seeks to undermine the very idea of objective reporting. I’m so grateful to have the opportunity to work with Rachel, Heidi, and HBO to tell these stories.”

HBO made the announcement today at the Television Critics Association press tour in Pasadena, Calif.

“Now more than ever, as evidenced by Ronan’s recent reporting, unbiased investigative journalism is both essential and under siege,” says HBO programming president Casey Bloys. “We’re excited to provide a platform for Ronan, Heidi and Rachel to shed light on the harrowing circumstances thrust upon journalists in their tireless pursuit of the truth.”

“We cannot think of a better place than HBO to bring audiences the first-hand stories of reporters taking huge risks in order to fight misinformation and to defend a free and informed society,” added Ewing.

Grady adds: “Reporters covering this upcoming political cycle will be working in a vitriolic, deeply divided country – and our cameras will bear witness to this make or break moment for America’s dedication to a free press.”

Farrow, a former MSNBC host and NBC News investigative reporter, is now a contributing writer to The New Yorker. His journalism, including the book Catch and Kill, chronicling his investigations into movie mogul Harvey Weinstein and other influential media figures, as well as reporting on former CBS chief exec Les Moonves, former 60 Minutes ep Jeff Fager, and NBC News, sparked change at those respective companies and have made him an important figure in the cultural conversation during the #MeToo era.

Farrow’s reporting on Weinstein fetched him a a Pulitzer.