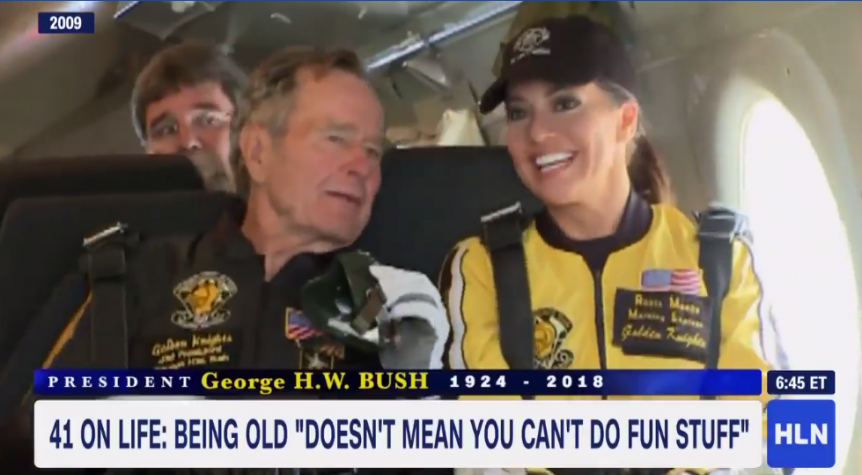 The late President George H.W. Bush was known for participating in birthday skydives during the latter stages of his life. HLN Morning Express anchor Robin Meade was lucky enough to jump out of a plane with the 41st POTUS on June 12, 2009 to mark his 85th birthday.

Meade was at the Bush’s Kennebunkport compound on assignment (sounds like a pretty fun one).

On today’s broadcast of Morning Express, Meade recalls the breath-taking experience with footage of the event and discusses her insights into the former president. In addition to the skydive, the duo went on a boat ride later that weekend (Bush 41 often liked to ditch the secret service on his boat). The president also hopped on the phone with her mom at one point over the 24-hour Meade spent with him.