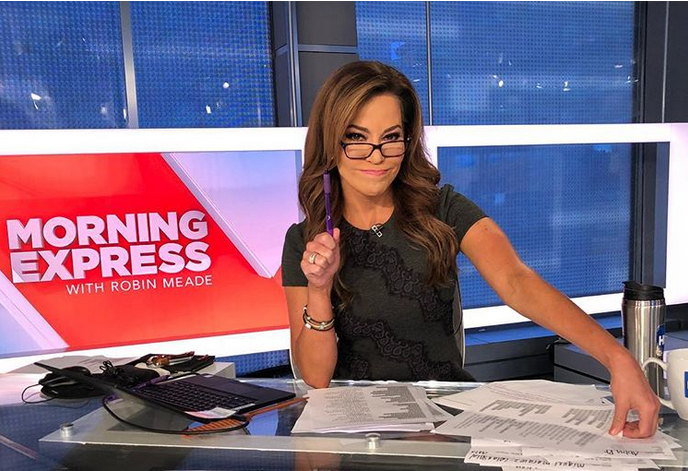 Meade appeared at the Rahm Celebrity Golf Tournament in St. Augustine., Fla., over the weekend in support of the St. Jude Children’s Research Hospital, and she performed the legendary Stevie Nicks/Fleetwood Mac tune Rhiannon with the band Sixwire (from the show Nashville).

Kevin Rahm of CBS’ Madam Secretary and actor/comedian Rob Riggle (The Hangover, Step Brothers, The Daily Show) were among the celebrities in attendance. Meade and the band also jammed with current and former members of REM, Chicago, Rascal Flatts, the Romantics, Daughtry and Kansas.

Singing Rhiannon with Sixwire at the St Jude fundraiser “The Rahm”