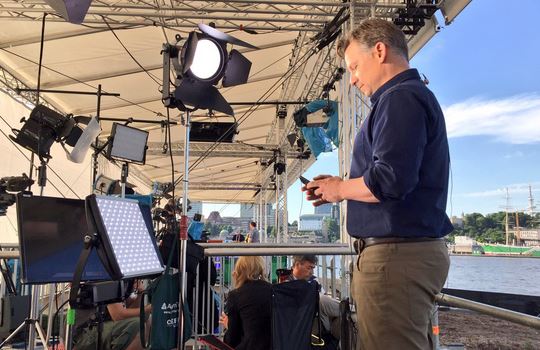 NBC’s chief foreign correspondent Richard Engel is getting a new show on MSNBC starting tonight, and for the next several Fridays.

And the show, On Assignment, is getting the network’s best timeslot, 9 p.m. ET, as Rachel Maddow enjoys a few summer Fridays away from the cable news maelstrom.

In an interview with the AP, Engel describes the program as, “Not just a studio show where I sit in a studio in New York or London and get a bunch of experts to pontificate about the subjects of the week,” he said.

“I’ve wanted to do something like this for a long time,” Engel said.

MSNBC hopes Maddow’s viewers, and anyone else interested in international storytelling, will tune in. Engel is one of Maddow’s most frequent guests.

“When it comes to explaining world events and America’s role in them, Richard is better at that than anyone in the business, by far,” Maddow said. “Our audience loves him. He’s the only guest on my show for whom I regularly get fan mail.”