NEXT:Sean Hannity Claims He Will Cease Discussing the Murder of Former DNC Staffer Seth Rich...For Now
PREVIOUS:Poll Finds Voters Are Divided on Whether Pres. Trump is Being Treated Fairly by News Media 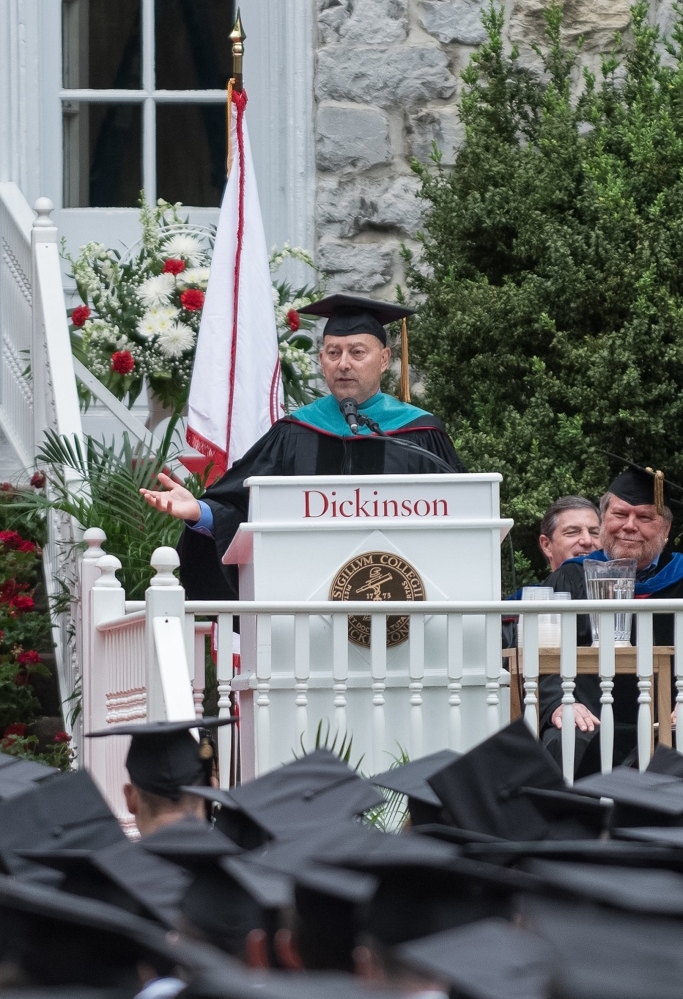 Retired Four-Star Admiral James Stavridis gave a stirring 15-minute commencement speech this past weekend at Dickinson College in Pennsylvania. Adm. Stavridis is a NBC News & MSNBC analyst, as well as TIME columnist. But more importantly, he served over 30 years in the United States Navy and was the former supreme allied commander of NATO.

Adm. Stavridis spoke about the importance of service, and really dug into the phrase, “Thank you for your service,” during his remarks.

While he acknowledges that he and other members of the armed forces appreciate the sentiment, he also has a slight problem with it.

“My problem is that by making that catch phrase … ‘Thank You For Your Service’ … somehow the province of the military alone, we miss a crucial point.  Which is simply that there are so many ways to serve this nation, and indeed to serve the world beyond what our military does.”

Adm. Stavridis says our heroic first responders, members of the US Peace Corps, teachers, diplomats, foreign aid administrators, and intelligence professionals are among others who should also be thanked for their service…as well as the media.

Journalists are so often maligned as “the media,” but I assure you that many of them do deeply dangerous work on the front lines of crisis around the world, risking their lives to tell the story. We rely on them in profound ways we don’t often appreciate, and I have served alongside many of them who were embedded with me on missions to Iraq and Afghanistan. Danny Pearl of the Wall Street Journal and James Foley an independent journalist and many others died in the Middle East, working hard to bring us the truth; others are captured and escape like my friend NBC foreign correspondent Richard Engel. These foreign correspondents so often shine a light on much of what is evil and wrong in the world. They are nearly all brave and steady under fire, like the best of our military, yet they are armed only with a notepad, a recorder, and a smart phone. Thank you for your service.

Adm. Stavridis’s wife Laura is a 1981 graduate of Dickinson.