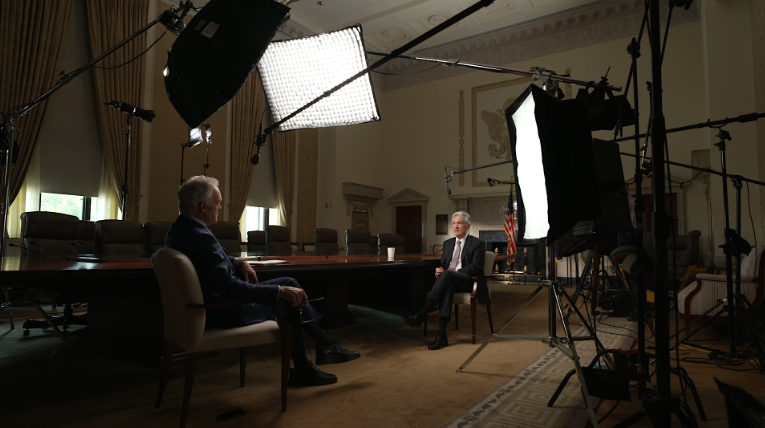 In what has been a roller coaster era for CBS News, the network can always count on 60 Minutes to deliver. That’s exactly what the program is doing right now.

This is undoubtedly a compliment considering Dr. Fauci, America’s top infectious disease expert, has obtained Cronkite-level amounts of trust among the public in recent months.

The legendary newsmagazine was the most-watched prime-time program the final two weeks of the 2019-2020 broadcast season, and spent nearly the whole season among the top 10 most-watched shows of the week, making the list 25 out of 28 times. Over its last 13 telecasts, 6o Minutes landed at No. 5 or higher on the Nielsen top 10 in Total Viewers.

60 Minutes averaged 10.4 million viewers over the season (getting help in the fall from the NFL on CBS), making it America’s most-watched news program.

CBS will continue to air new episodes of 60 Minutes through June 28, a rarity for a program which traditionally goes into repeats during the summer months.

Zirinsky agreed, despite the fact that the labor-intensive Sunday-night newsmagazine show weighs heavily on the network budget, and took the plan to the corporate honchos. Remarkably, they got on board, too.

All six weekly top-ranked editions of 60 Minutes featured reports on the coronavirus epidemic, including this past Sunday’s lineup with Scott Pelley’s interview of the Fed chair, Jerome Powell, and the Norah O’Donnell interview of government whistleblower Rick Bright, one which didn’t make the president particularly happy.

When Sullivan asked Owens about the president’s claim that the show was incorrect, and that the network doesn’t care, he declined to respond. “The story speaks for itself,” he said.