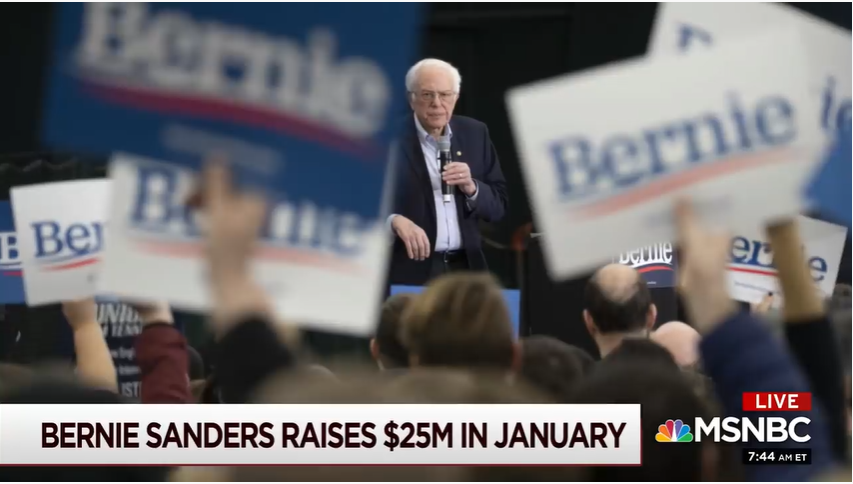 Vermont senator Bernie Sanders could be the presumptive Democratic party nominee for president 9 days from today, after Super Tuesday, and MSNBC is preparing for this development.

“Yes, the race has changed over the last couple of weeks, and we are going to reflect that and make adjustments,” an MSNBC executive told Pompeo. “One easy way to do that is to seek out more smart, pro-Sanders voices from people who can make our coverage more insightful.” But, the executive added, “Their campaign, like any other, is due fair coverage, not fawning coverage.”

Despite being the network Democrats and progressives traditionally prefer for their daily dose of cable news, Bernie Sanders supporters and his presidential campaign have had more than their fair share of gripes with MSNBC as of late.

Page Six reported on Friday that the candidate himself told MSNBC chief Phil Griffin before the NBC debate on Friday in Nevada, “Phil, your network has not been playing a fair role in this campaign. I am upset. Is anything going to change?…I hope you will do better.”

Sanders’ campaign manager Faiz Shakir said that even Fox News has been “more fair than MSNBC which is constantly undermining the Bernie Sanders campaign.” Shakir told Page Six’s Emily Smith on Friday. “MSNBC has not been fair to our campaign. Their coverage is condescending on a daily basis. No other campaign gets such negative coverage. Enough is enough.”

“Working the refs,” as they say.

Then, there were the Chris Matthews remarks from Saturday, where he seemed to compare Sen. Sanders’ dominant win in the Nevada caucuses to the Nazis taking France in 1940.

The longtime host of Hardball will reportedly address those remarks during tonight during his 7 p.m. hour.

It already appears that things are changing. For instance, we noticed Sanders’ campaign senior advisor Jeff Weaver appear on MSNBC Live with Craig Melvin today in the 11 a.m. hour. 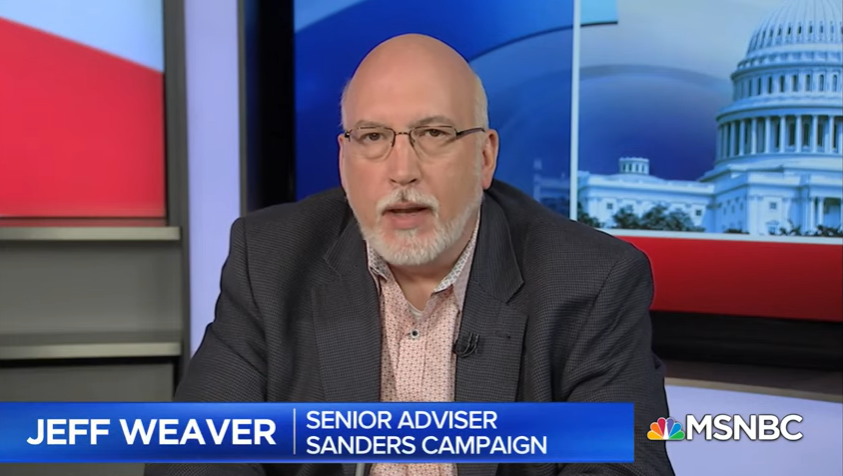 One of Pompeo’s sources told him: “The Sanders team is in contact with our senior management, and they are heard. Phil is doing his best to give Bernie his due.”