NEXT:CNN's David Culver Returns to Wuhan, Reporting on What Life Is Like in Original Epicenter of the Outbreak
PREVIOUS:Roger Goodell Is Still Testing His In-Home Tech for Today's NFL Draft 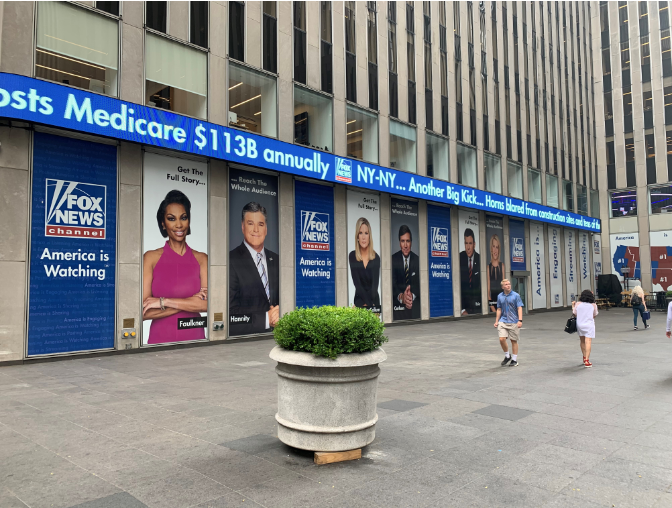 A number of Fox News opinion hosts and personalities have expressed support for and promoted the state lockdown protests that have been taking place outside state capitol buildings in recent days.

NPR is reporting that Fox News president and executive editor Jay Wallace now wants to “rein in his stars,” and sent a directive Monday urging the network’s hosts to take time on the air to remind those viewers participating in lockdown protests that social distancing is mandatory. The executive with whom NPR’s David Folkenflik spoke said Wallace sent out the memo at the request of Fox News chief executive Suzanne Scott.

Fox News confirmed this to TVNewser.

Public health experts say Covid-19 can spread like wildfire when people are packed close together. However, many FNC hosts haven’t made that explicitly clear during their coverage of these protests.

Not long after Wallace’s note went out to talent Monday, Harris Faulkner interrupted a guest on her 1 p.m. show Outnumbered Overtime who said the lockdown protesters were not opposing safety guidelines. Faulkner said that the footage on the air at that moment reflected protesters very close to one another, sharing phones and cameras and not wearing masks.

Many governors have made the decision to close down businesses and schools to combat the spread of the novel coronavirus, and as Folkenflik notes, Pres. Trump has called on Americans to “liberate” their states from such governors, most of whom hail from the Democratic Party, in his effort to re-open businesses, despite warnings from public health experts not to do so just yet.

In his piece, Folkenflik noted some soundbites from Fox Newsers who are openly in support of these protests:

“They’re protesting in Kentucky, Ohio, North Carolina and Virginia,” said Fox & Friends co-host Brian Kilmeade. “And as more states go online and get their rights back, that is going to fuel, I believe, other states to go, ‘Wait a second—this is getting ridiculous!’ ”

“Why are you arbitrarily shutting down my places of worship, my ability to access the Second Amendment and my right to assembly in some cases?” said weekend host Pete Hegseth, whom Trump had considered for a cabinet post. “[It] feels un-American to a lot of people.” His co-host, Jillian Mele, noted that Americans who know people who have died from the disease may feel differently.

Even before Wallace reportedly sent out his directive earlier this week, Fox News hosts would occasionally allude to concerns for the safety of anti-lockdown protesters. But Fox News programs, particularly those on which Faulkner is a part, have become more consistent about it since the start of the week.

Let’s see if it remains that way, particularly in prime time.