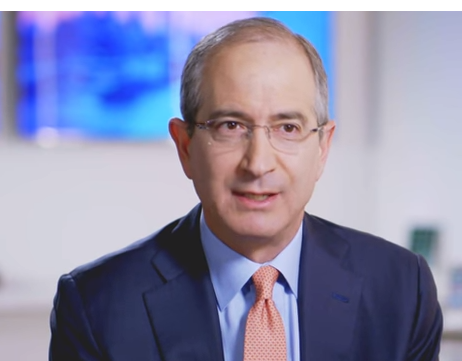 21st Century Fox has some assets that are apparently very attractive to rival media companies these days.

Ten days after CNBC reported that 21CF and Disney were “holding talks” for a possible sale of 21CF studios, both film and TV, and cable entertainment assets to Disney, Dow Jones is now reporting that Comcast has approached 21st Century Fox to talk about acquiring those same assets.

CNBC, which is owned by Comcast, confirms the Dow Jones report, saying the talks are ongoing.

Similar to the talks with Disney, in this deal, Comcast would add to its massive NBCU portfolio 21CF’s cable entertainment networks, including FX and Nat Geo, as well as the movie studio, the TV studio, and international assets, including 21CF’s 30 percent ownership of B Sky B and Star.

21CF’s international assets would be especially attractive to Comcast considering the latter is a U.S.-centric company.

Comcast would probably not acquire Fox Broadcasting (it already owns one broadcast network in NBC and cannot own two, under current U.S. rules), nor would Comcast acquire Fox-owned local stations, or its news and sports assets.

Fox seems to believe a more focused group of properties around news and sports can compete more effectively in the current media marketplace.

UPDATE: Dow Jones is now reporting that Verizon is also interested in acquiring parts of Fox. On the surface, a Verizon-Fox deal seems to make more sense than a Comcast-Fox deal, especially if one takes into account the pending AT&T-Time Warner deal, where a telecom conglomerate is potentially taking over a content company.