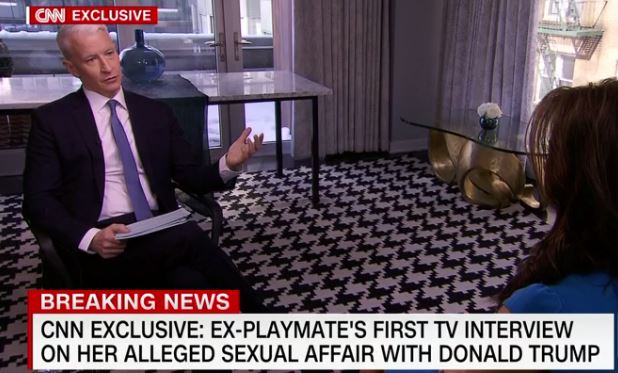 Anderson Cooper‘s interview with Karen McDougal helped give his show, and CNN’s prime time, a rare win among demo viewers. However, MSNBC’s The Rachel Maddow Show was most-watched for the night.

Including commercial interruptions, Cooper’s interview took up an hour and 15 minutes of the 2-hour show. It began at 8:16 p.m. ET and concluded at 9:31 p.m. ET, with Cooper’s panel discussing it, and other topics, for the remainder of the 9 p.m. hour. Here’s the breakdown:

Cooper will be interviewing another woman who claims to have an an affair with Trump. The Stormy Daniels interview is set for this Sunday’s 60 Minutes on CBS.