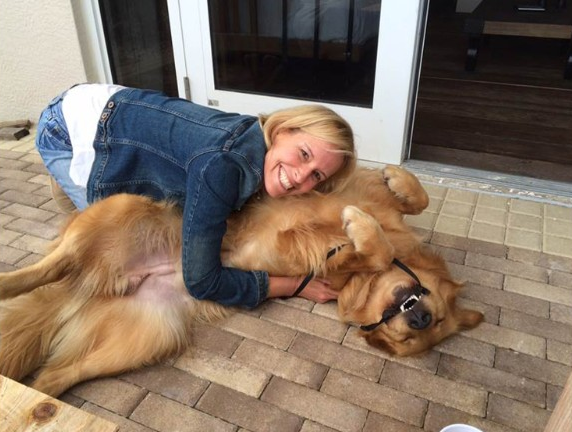 It’s dog weekend at TVNewser. AC 360 anchor and correspondent Randi Kaye wrote a piece for CNN.com Friday morning about the unique bond she has with her golden retriever Gatsby.

Kaye provides the backstory about how she was able to adopt her golden back in February 2016. She was on assignment in New Hampshire when she received a text with a photo of a golden retriever puppy in South Korea, with the message: “This dog is coming in this weekend. Do you want him?” Ironically, she and her husband were in the market for a golden retriever, so this was ideal timing, to say the least.

Kaye says that the text came from a woman named Linda Ripps who had started a Florida-based retriever rescue group called Golden Retrievals. Her organization helps rescue dogs in Florida, across the US and in South Korea. As many as 3 million dogs a year are killed in South Korea, according to Humane Society International (HSI).

Kaye writes that The Humane Society International is working to save the lives of “meat dogs” in China, Indonesia, India, South Korea, and Vietnam, and that the governments in those nations are beginning to crack down on the sale of dog meat by vendors across those nations.

Two weeks after Kaye first saw the photo, Golden Retrievals Rescue brought the dog to her home. “As soon as he bounded out of the SUV and nearly knocked me over, I knew he wasn’t leaving. That first lick of my face and I was sold!” Kaye writes.

My husband and I were told he was about 18 months old and had probably spent most of his life in a cage in South Korea. He had no training and certainly didn’t respond to commands in English. We agreed to keep him for the night as a “trial period.” But a few hours into our home visit, a friend asked my husband, “How long before you know if the trial period is over?” My husband laughed and said, “Oh, it’s over.

Every day when I look at Gatsby’s sweet face, I am so grateful to be the beneficiary of an amazing dog that so many worked so hard to save. 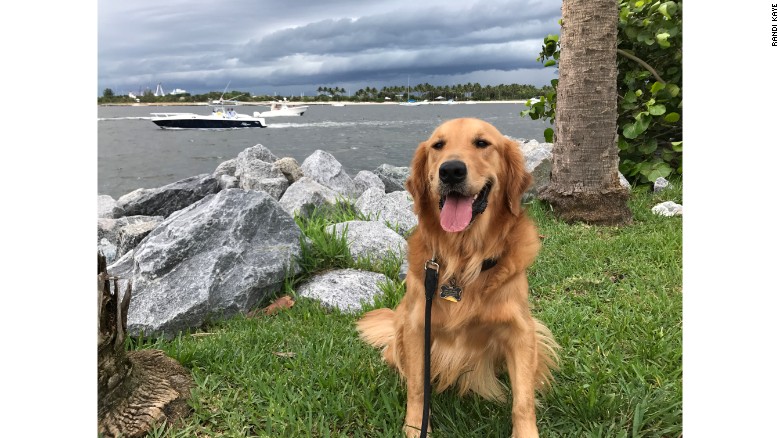