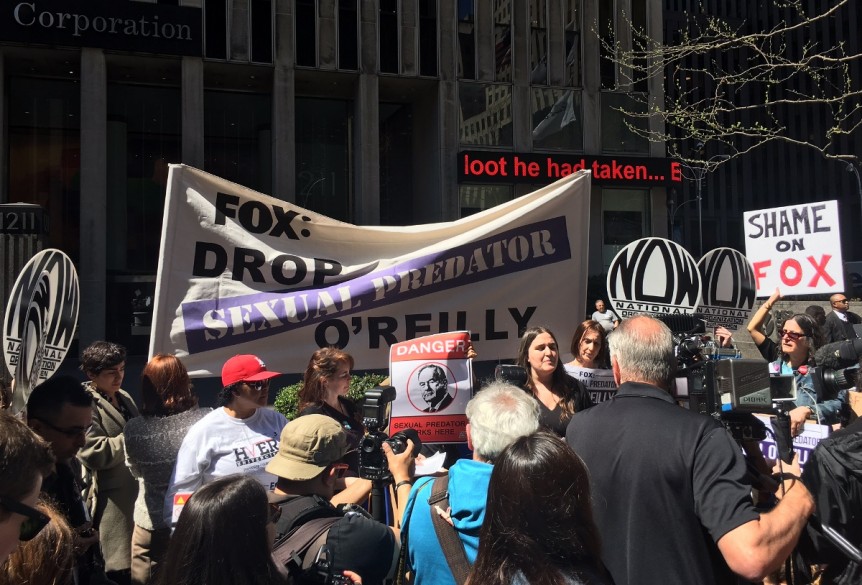 For the second time in a week protesters gathered outside Fox News headquarters calling for Bill O’Reilly‘s dismissal from the network over old claims and a new investigation of harassment.

“We are here to tell Fox News and every company that puts up with these predators, that we will keep coming back until things change,” said Carol Barash, one of the speakers at the event who told her own story of workplace sexual harassment.

Joanna Oltman Smith of Brooklyn heard about the protest from a friend. She brought a poster that included a mirror with a message. “You are beautiful. You deserve respect,” it read. Smith says she has watched Fox in the past, “mostly for research,” adding, “NPR is my go to resource for news.”

“He’s on vacation this week, which is convenient,” Smith said, adding, “This seems like a good time to ask him to take a permanent vacation.”

A woman named Carin (who would only give her first name) was handing out small postcards branding O’Reilly a sexual predator. “As a middle-aged woman it’s important for me to be here to say that it’s still happening to young women everywhere,” she said.

O’Reilly has denied the accusations against him. Following the revelation that he and Fox News paid $13 million to settle 5 cases of harassment, O’Reilly said he made the payments quietly to shelter his family from negative publicity. 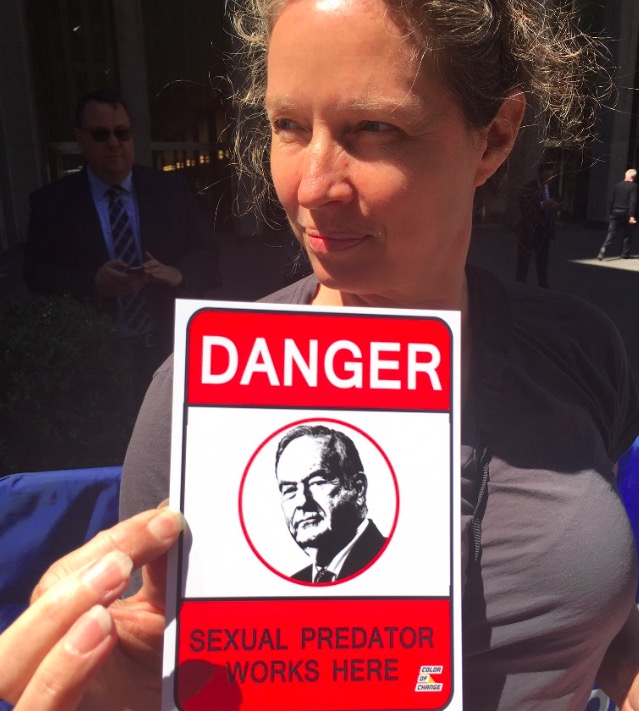 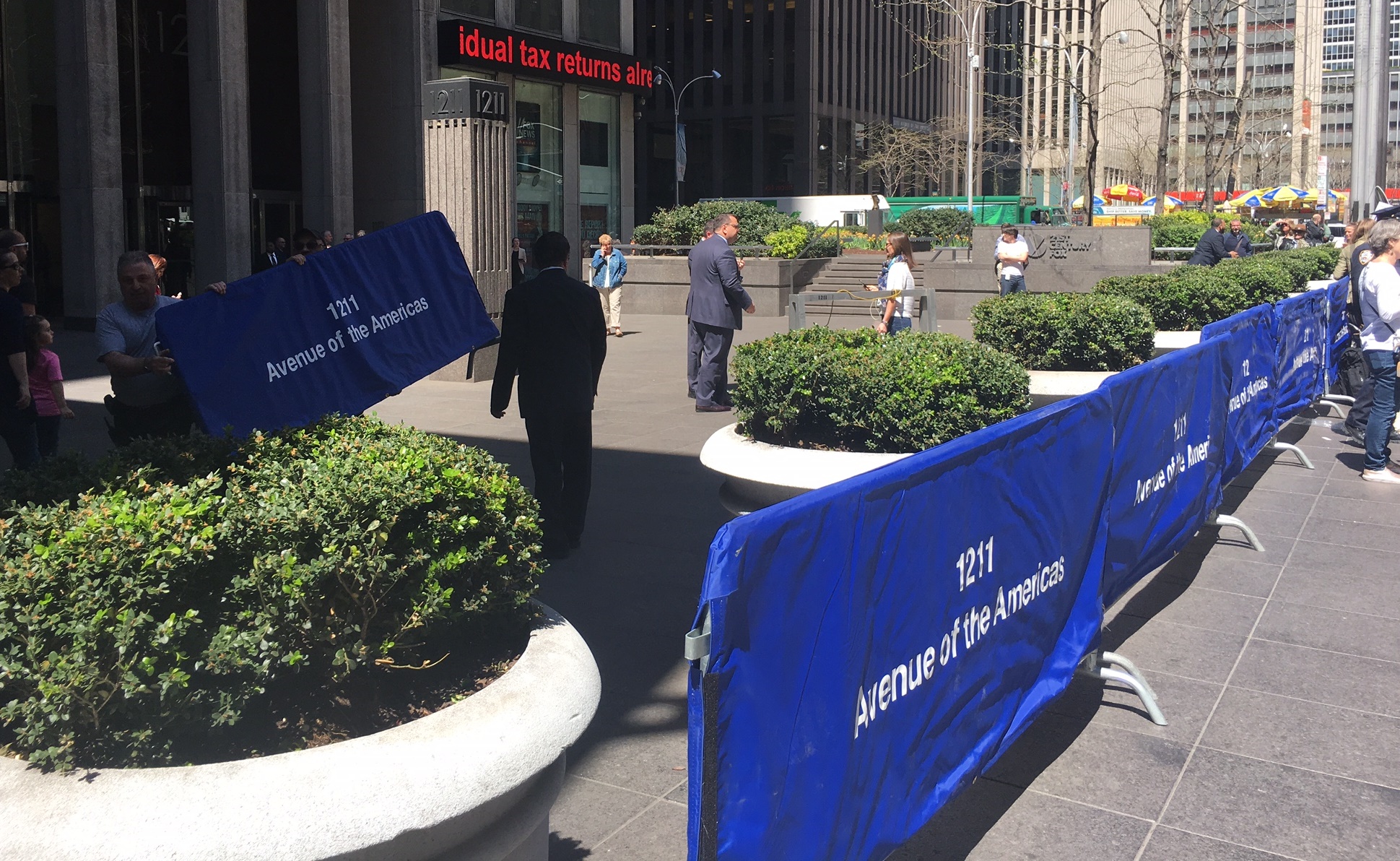 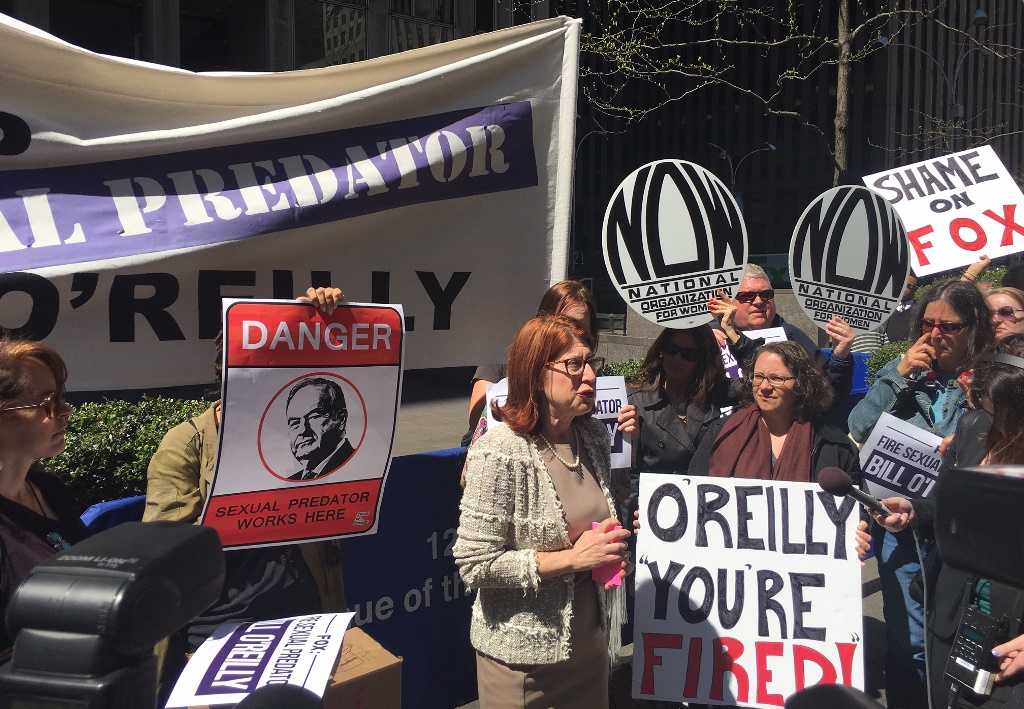 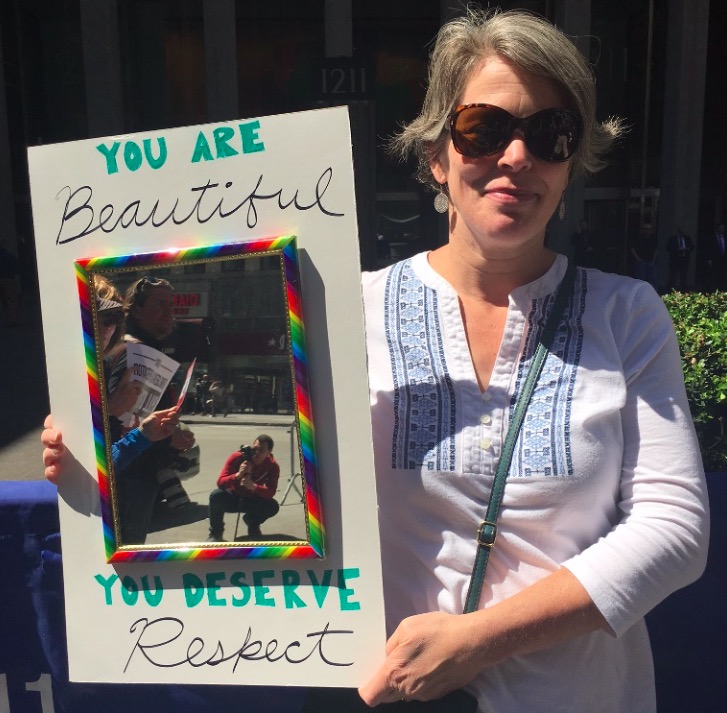