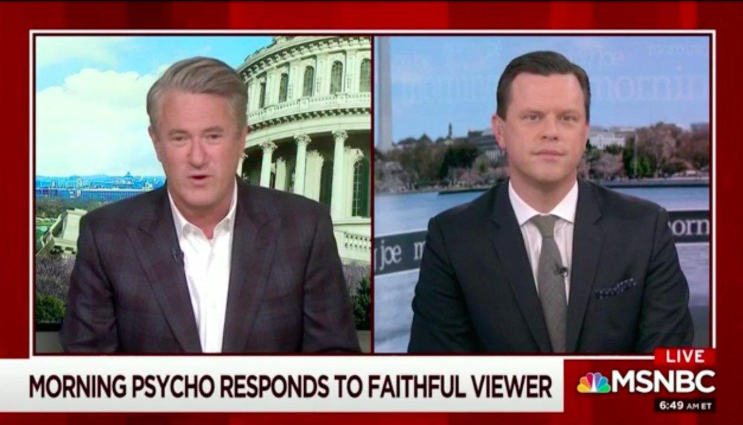 President Trump woke up in a mood this morning, and decided to talk about the cable news morning shows; specifically, their ratings. Naturally, our ears perked up.

Sorry to say but @foxandfriends is by far the best of the morning political shows on television. It rightfully has BY FAR the highest ratings, not even close. Morning Psycho (Joe), who helped get me elected in 2016 by having me on (free) all the time, has nosedived, too Angry…

….Dumb and Sick. A really bad show with low ratings – and will only get worse. CNN has been a proven and long term ratings and beyond disaster. In fact, it rewarded Chris Cuomo with a now unsuccessful prime time slot, despite his massive failure in the morning. Only on CNN!

President Trump is right in that Fox & Friends has dominated its competition over the years. However, the gap has closed a bit in 2019 to-date. In Q1, Morning Joe averaged its largest total audience for a quarter in program history. The MSNBC morning show, which seems to have a sense of humor (per the screenshot above), posted +10 percent year-over-year growth in total viewers, while Fox & Friends and CNN New Day were both slightly down vs. Q1 2018.

Nevertheless, based on Nielsen data from the first couple weeks of the month, it appears Fox & Friends will finish April as the No. 1 cable news morning show for the 210th consecutive month (yes, you read that number correctly). Final Nielsen ratings for the full month of April 2019 will be released in the coming weeks.

The president  goes after CNN’s ratings in the second tweet, especially those of Chris Cuomo.

The president’s decision to go after Cuomo’s ratings, in particular, is sort of an odd one. Trump is right in that CNN’s ratings have been poor in recent months, however Cuomo Prime Time has been a bright spot, establishing itself as the network’s top show. Cuomo Prime Time was +23% in total viewers this past quarter vs. Q1 2018. That’s more total viewer growth than any other weekday prime time show.

Granted Cuomo’s ratings don’t (and won’t) match those of Sean Hannity or Rachel Maddow, but giving Cuomo his own prime time show seems to have paid off for the network, as of now.