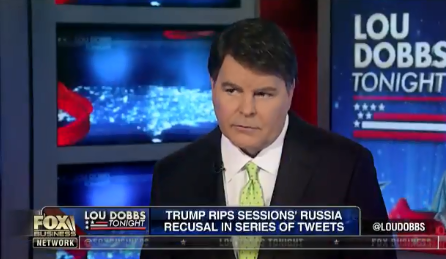 President Trump appreciates when his media allies are recognized for their success, and he took to Twitter later last night to praise Fox News legal analyst Gregg Jarrett for his No. 1 book.

Congratulations to @GreggJarrett on The TREMENDOUS success of his just out book, “The Russia Hoax, The Illicit Scheme To Clear Hillary Clinton & Frame Donald Trump.” Already number one on Amazon. Hard work from a brilliant guy. It’s the Real Story of the Rigged Witch Hunt!

Jarrett’s book, The Russia Hoax, is No. 1 this week on The New York Times Print Hardcover Best-Sellers – Nonfiction list, and also tops Amazon’s Top 20 Most Sold & Most Read Books of the Week.

Jeanine Pirro‘s Liars, Leakers and Liberals is No. 2 on the same N.Y. Times list and No. 4 on Amazon’s. 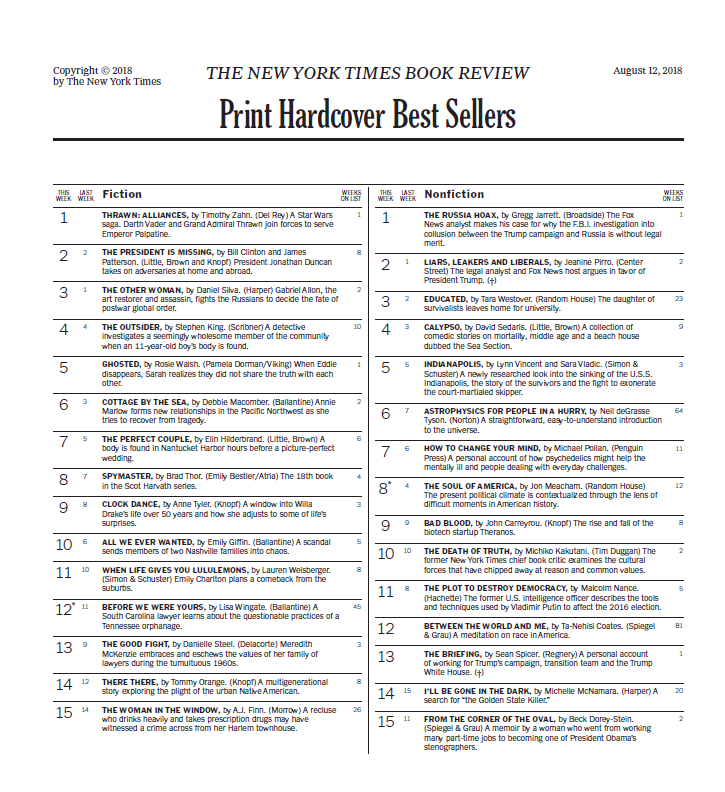