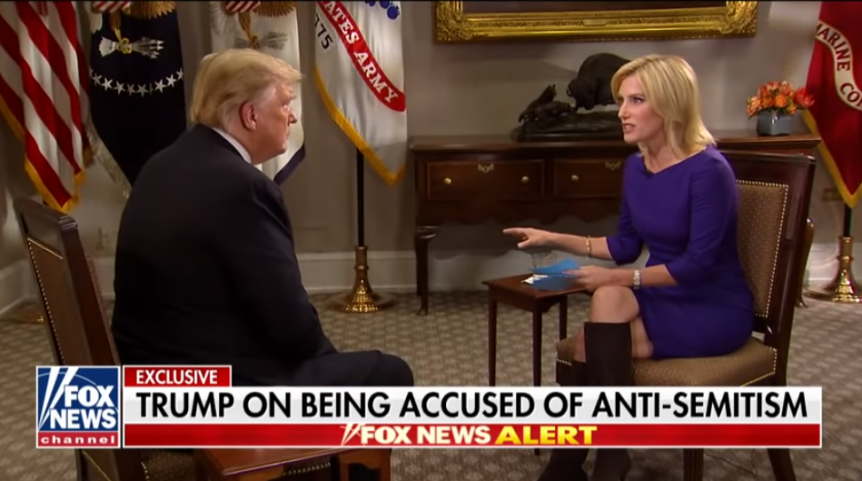 President Trump and his allies have been in a celebratory mood since Attorney General Bill Barr announced this morning that according to his findings, the Special Counsel Mueller report found no evidence that the Trump campaign conspired or coordinated with the Russian government in 2016 election interference.

President Trump feels vindicated, and has been tweeting in light of the announcement. More than one of the tweets have been media-focused, as one might expect.

He seems to be happy with Fox News again, per below:

“Donald Trump was being framed, he fought back. That is not Obstruction.” @JesseBWatters I had the right to end the whole Witch Hunt if I wanted. I could have fired everyone, including Mueller, if I wanted. I chose not to. I had the RIGHT to use Executive Privilege. I didn’t!

And he seems very excited to hear what the network’s prime time hosts will have to say tonight.

It was a really great day for America! A special evening tonight on @TuckerCarlson, @seanhannity & @IngrahamAngle Will be very interesting!

A previous tweet is a minute-long video consisting of spliced together soundbytes from the past, where cable newsers are shown and heard uttering phrases like “no collusion,” and “this is a win for the president.” One of the clips is of a CNN panelist saying, “Let’s take a step back…the president has just been exonerated…”

On MSNBC, graphics of newspaper covers stating “no collusion,” are shown, and a clip of Joe Scarborough saying “there was no collusion.”

“This is a huge win, hands down, black and white,” one can hear Mika Brzezinski voicing, over graphics of newspaper headlines with “no collusion.”

It’s worth noting the all of clips spliced together for this video are from CNN and MSNBC, two outlets the president loathes and feels are out to get him. My hunch is that this move was intentional.

As I have been saying all along, NO COLLUSION – NO OBSTRUCTION! pic.twitter.com/BnMB5mvHAM