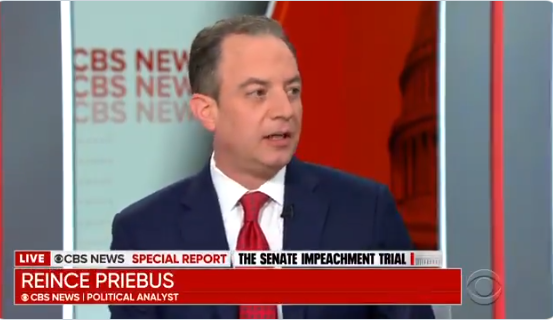 Priebus left the White House on July 28, 2017 after a 6-month stint as Trump’s Chief of Staff. Four-star Marine general John Kelly replaced Priebus in the role.

“Looking forward to a fun year together,” he said during today’s trial coverage.

Priebus is currently the president and chief strategist with the law firm Michael Best & Friedrich, LLP, and an officer in the U.S. Navy Reserve.

.@NorahODonnell: “How does the White House respond to this very detailed case that the House Democrats are laying out against the President?”