NEXT:On National TV, Three Women Recall Being Sexually Harassed by President of the United States
PREVIOUS:Sarah Sanders: 'You Can't Say It's An Honest Mistake When You're Purposefully Putting Out Information You Know to Be False' 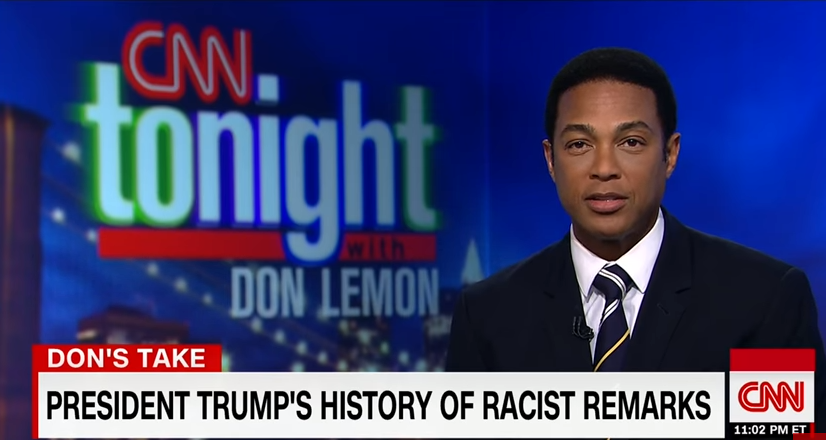 The New York Times published a story that past weekend outlining a day in the life of Pres. Trump, which among other things, gave some insight into his cable news viewing habits and a love for Diet Coke.

The story states that contrary to his public statements, the president actually does watch CNN and MSNBC, and sometimes “hate-watches” Don Lemon “to get worked up.”

Pres. Trump didn’t like the story, tweeting this morning:

Another false story, this time in the Failing @nytimes, that I watch 4-8 hours of television a day – Wrong! Also, I seldom, if ever, watch CNN or MSNBC, both of which I consider Fake News. I never watch Don Lemon, who I once called the “dumbest man on television!” Bad Reporting.

CNN has not exactly shied away from criticizing the president this year, and predictably was not amused by the attack on Lemon.

A CNN spokesperson provided the following statement to TVNewser: “In a world where bullies torment kids on social media to devastating effect on a regular basis with insults and name calling, it is sad to see our president engaging in the very same behavior himself. Leaders should lead by example.”

First Lady Melania Trump has publicly stated that she is focusing much of her time in the White House on efforts to combat bullying on social media.

“It is never OK when a 12-year-old girl or boy is mocked, bullied or attacked. It is terrible when it happens on the playground, and it is absolutely unacceptable when it is done by someone with no name hiding on the internet. We have to find a better way to talk to each other,” Trump said on June 29.