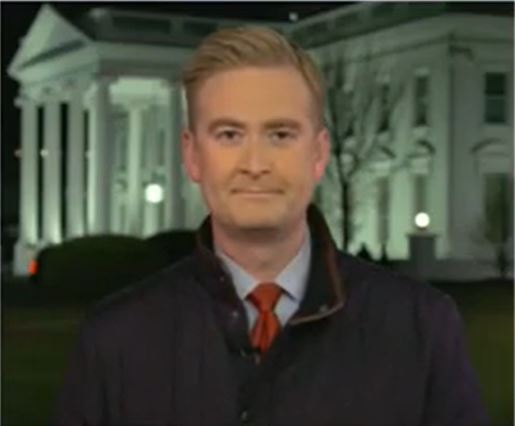 Members of the White House press corps were present in the East Room on Monday afternoon to cover President Biden’s meeting with his Competition Council.

As the event ended and reporters were leaving the room, Fox News White House correspondent Peter Doocy, already known for being a thorn in this administration’s side, shouted a question to Biden: “Do you think inflation is a political liability in the midterms?”

Not a fan of the question, Biden sarcastically shot back, “No, it’s a great asset. More inflation. What a stupid son of a bitch.” The president was seemingly unaware that his mic was still on.

Doocy appeared on The Five not long after the soundbite went viral and seemed to take the remark in stride, even laughing at Jesse Watters’ joking that he agreed with the president’s assessment of Doocy as a stupid SOB. Doocy then appeared on Hannity on Monday night and told the host that the president called him earlier to clear the air—and told him that it was “nothing personal, pal.”

After years of clips of the president and kind of mixing it up on the campaign trail and during the transition, and here at the White House, within about an hour of that exchange, he called my cell phone and he said, “It’s nothing personal, pal.” And we went back and forth and we were talking bout just kind of moving forward and I made sure to tell him that I’m always going to try to ask something different than what everybody else is asking. And he said, “You’ve got to.” And that’s a quote from the president. So I’ll keep doing it.

This morning on Fox & Friends, which features Doocy’s father Steve Doocy as a co-host, Brian Kilmeade compared the incident to sideline shouting matches between New England Patriots coach Bill Belichick and former quarterback Tom Brady. “They still, at the end of the day, respected each other. I think the fact that he called, the president called after, is a great sign, right?”

Steve Doocy indeed confirmed that his son took no offense to the insult, adding he’s a “big boy.”

Thankfully this episode is over, and everyone can move on.