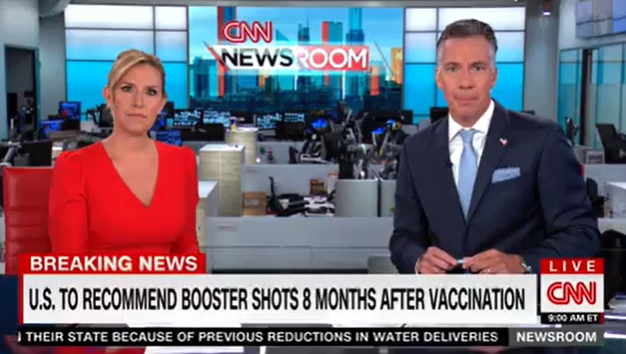 Harlow will be pursuing Yale Law School’s one-year Master of Studies in Law, a program meant for people who are not lawyers but want to familiarize themselves with legal studies and apply knowledge of the law to their regular day jobs. Harlow’s last day on CNN Newsroom for the time being will be Friday, Aug. 20, but she’s scheduled to return to CNN full-time next spring.

“I’m here to stay for good as a journalist, but I wanted to learn more about the law,” Harlow tells Variety. “I really felt that over the last year and a half. This is a dream that has been delayed but it doesn’t have to disappear.”

Harlow’s father happens to be an attorney, a fact that has also influenced desire to learn more about the legal field.

“This is such a terrific opportunity for Poppy and I ‎am so proud of her for committing to it,” added CNN Worldwide president Jeff Zucker. “‎She will have a ton on her plate — but I know she will manage it flawlessly and come back enriched and so much ‎better for it. We could not be more supportive and‎ we all wish her the best of luck, and not too many all-nighters. I can’t wait to have her back full time in the anchor chair.”

Harlow, who joined CNN in 2008 as business correspondent, will still appear on CNN sporadically, but not with Jim Scuitto weekdays from 9-11 a.m. ET.  “Basically, I will never have a holiday. I will anchor every single holiday. You will see me when I don’t have class. You will see me filling in wherever they need me,” she says.