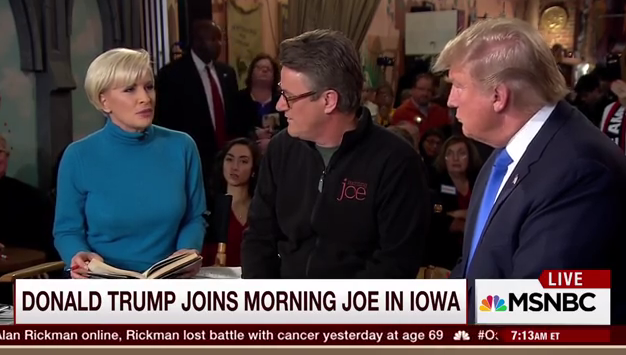 Pres. Donald Trump acted unacceptably when he made derogatory comments about Morning Joe co-host Mika Brzezinski on Twitter last week. At least that’s what the overwhelming majority of respondents to a Politico/Morning Consult poll believe.

65 percent of respondents to the poll say the president’s tweets were unacceptable, while just 16 percent tell Politico that they’re acceptable.

The poll was conducted June 29-30, beginning not long after Pres. Trump called Brzezinski “low I.Q. Crazy Mika” last Thursday and tweeted that she was “bleeding badly from a face-lift” when she and Joe Scarborough visited the president’s Mar-a-Lago compound over New Year’s.

Only 9 percent of Democrats believe Pres. Trump’s tweets were acceptable, compared with the 82 percent who deem them unacceptable.

28 percent of Republican respondents say Trump’s tweets were acceptable, while 46 percent say they were unacceptable.

Just 12 percent of independents say Trump’s statements were acceptable, and 65 percent say they were not.

The poll surveyed 1,989 registered voters and has a margin of error of +/-2 percentage points.

What do you think of these particular tweets from Pres. Trump? Tell us in the poll below.