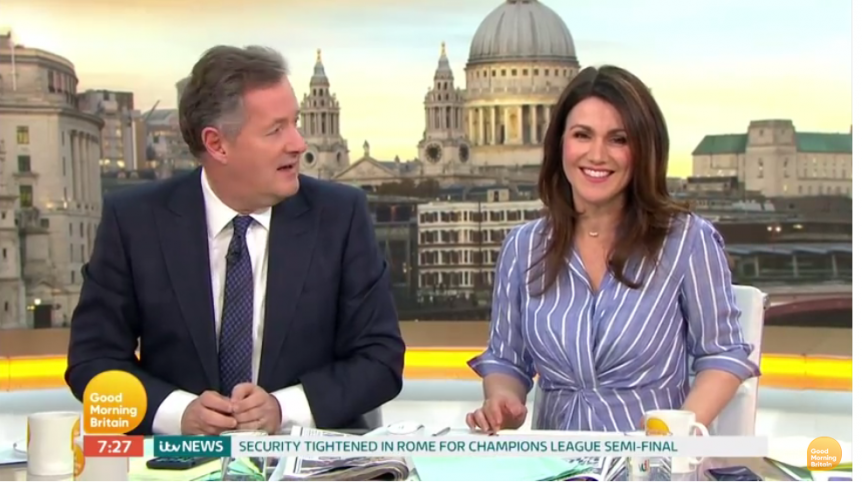 Piers Morgan is returning to American television, though not necessarily in the way you might expect.

On Monday, the popular U.K. morning show Good Morning Britain – which has Morgan has co-hosted on ITV since November 2015 – is debuting on BritBox, which is a streaming service from the BBC and ITV that delivers British TV programming to U.S. audiences.

Morgan is perhaps best known in the states as the former host of Piers Morgan Live, which debuted on CNN in January 2011. Morgan was the replacement to Larry King in the network’s 9 p.m. hour. His run hosting a CNN prime time program ended in March 2014, and he left CNN entirely in September 2014.

Prior to his arrival at CNN, Morgan was a former contestant/champion on Celebrity Apprentice, and his past relationship with Pres. Trump has given him a high profile, both in the states and in the U.K. as of late. Morgan interviewed Trump for Good Morning Britain in March 2016, in January 2018, and again in July 2018 during the his official visit to the UK.

Morgan, a longtime journalist, was also named Editor-at-Large for DailyMail.com in 2015.