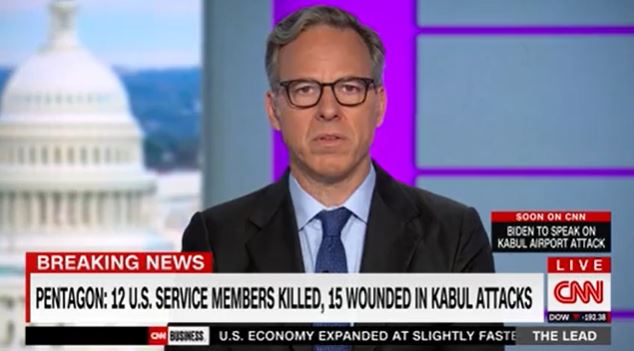 UPDATE (3:30 p.m. ET): Commander of U.S. Central Command Gen. Frank McKenzie announced Thursday night local time that 12 U.S. service members were killed and 15 were wounded in attacks led by two suicide bombers and gunmen outside the Kabul International Airport and a nearby hotel earlier in the day.

This is an update from what the Pentagon spokesman had announced earlier this afternoon (shown below).

Statement on this morning’s attack at #HKIA: pic.twitter.com/Qb1DIAJQJU

On Wednesday, the U.S. embassy at Kabul airport warned American citizens to stay away from the airport because of a terror threat at several airport gates. Fast forward one day, and those fears have come to fruition. 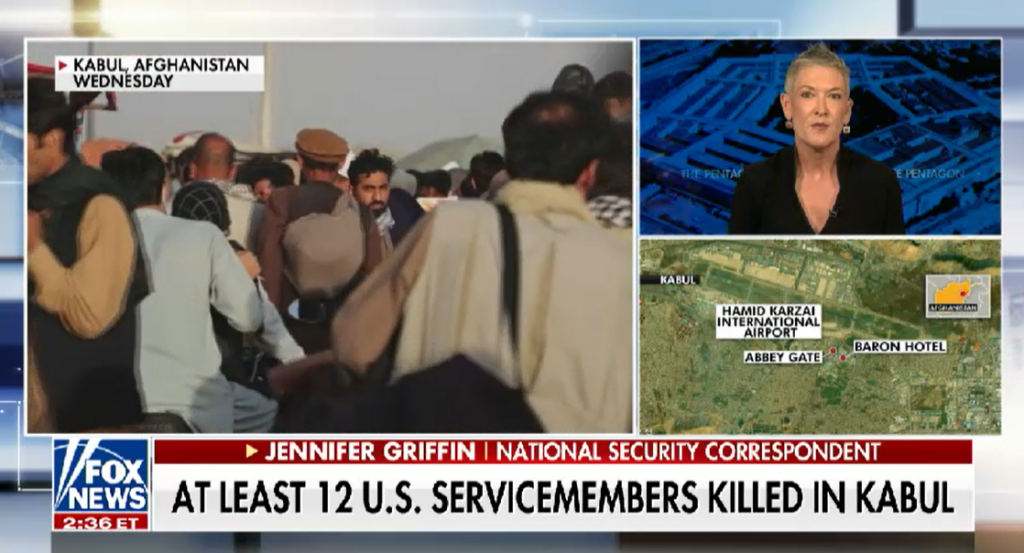 *We will continue to update this post as additional information concerning Americans in Afghanistan trickles in.

ORIGINAL (12:25 p.m. ET): On Thursday, there was a significant explosion that was later reported as a suicide bomb attack outside an entry gate to Hamid Karzai International Airport in Kabul, Afghanistan.

We can confirm an explosion outside Kabul airport. Casualties are unclear at this time. We will provide additional details when we can.

The suicide bomb attack on the Abbey gate was followed by an attack by ISIS gunmen who opened fire on civilians and military forces.

Media outlet reporting as of this post’s publication time: According to CNN, numerous Afghans have been injured, and Fox News reported that three U.S. Marines have been injured, though Reuters reported that number is two. So far, a total of 11 people have been killed with dozens more injured, according to local media. However, NBC News reports the death toll is currently 13 with 52 injured in the suicide attack (citing a Taliban official). CBS News’ Charlie D’Agata reported that eyewitnesses at the airport explosion described a suicide bomber who walked into a packed crowd and detonated.

What all outlets can seemingly agree on is this explosion has resulted in multiple fatalities, but it remains to be seen whether any of those killed in the first explosion were U.S. personnel or if they are exclusively Afghans and people of other nationalities.

At around 11 a.m. ET Thursday, Pentagon press secretary John Kirby confirmed that there was at least one additional explosion very close to the airport, at or near the Baron Hotel, adding that the second explosion was the “result of a complex attack that resulted in a number of US and civilian casualties.”

We can confirm that the explosion at the Abbey Gate was the result of a complex attack that resulted in a number of US & civilian casualties. We can also confirm at least one other explosion at or near the Baron Hotel, a short distance from Abbey Gate. We will continue to update.

It’s worth noting that term “casualties” can refer to those wounded, not just dead. As of noon ET, the Pentagon hasn’t shared whether any U.S. personnel died in the second explosion (or the first, for that matter).

According to a senior U.S. specials, these explosions may have been carried out by a terrorist group named ISIS-K (from Khorasan, Iran), and they have taken place as America and other countries rush to evacuate people ahead of President Biden’s Aug. 31 withdrawal deadline.