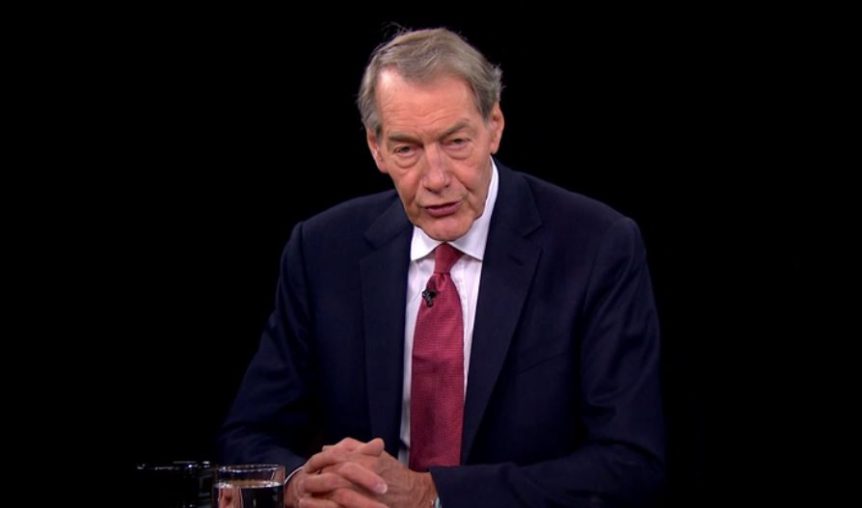 The news came after CBS News fired Rose from his positions at that network, as co-host of CBS This Morning and a 60 Minutes correspondent.

“In light of yesterday’s revelations, PBS has terminated its relationship with Charlie Rose and cancelled distribution of his programs. PBS expects all the producers we work with to provide a workplace where people feel safe and are treated with dignity and respect,” PBS said in a statement.

Charlie Rose had been produced at Bloomberg’s New York studios. The show had 18 full time staffers and contractors, who are employees of Charlie Rose Inc. A source familiar with the situation says even though they are not Bloomberg employees, the network is making every effort to find jobs for them at Bloomberg.

PBS’s Charlie Rose premiered on September 30, 1991, first as a local program on WNET in New York, and later syndicated on PBS.

The program was known for its unique tiger oak table, set against a pitch black background.

Why the table and the black?

“The deal was poverty,” Rose once told former Time magazine managing editor Nancy Gibbs. “I bought that table myself. I knew that if I could put a table in the room with not much light and a couple of chairs, I could have a real conversation. And I know that people – all of you – like to eavesdrop on a conversation. And that was the idea.”