NEXT:Trey Yingst Reunites with Ukrainian Man Whose House Was Destroyed by Russian Shell
PREVIOUS:Report: Greta Van Susteren Is 'In Talks' to Join Newsmax 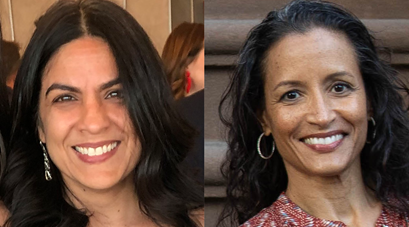 Chaudry (shown left) has been named Frontline’s senior producer—and will have a central role in the creation of the program’s storytelling in conjunction with the series’ many editorial partners. A key part of Chaudry’s role will also be to seek out new journalists and support them as they develop long-form, investigative documentary proposals and budgets—and as they undergo film production, editing, vetting and post-production.

Chaudtry joins Frontline after most recently serving as the svp of production for Tribeca Studios—and has directed/produced PBS’ programming including WNET’s Wide Angle and Women, War & Peace; Frontline’s The Education of Michelle Rhee; and PBS’ Time for School.

“I couldn’t be more delighted to join Frontline, a series that I’ve long admired and respected,” Chaudry said in a statement. “I look forward to working with some of the industry’s most talented journalists and to continuing the tradition of producing incisive and compelling documentary films.”

Texeira (shown right) has been named a senior editor and Frontline’s director of local journalism. In this role, she will oversee the series’ Local Journalism Initiative, which aims to bolster local and regional news organizations that are conducting investigative journalism projects in their communities.

Texeira will identify and seek out journalism partners in communities where local news organizations have been hit hard by financial pressures—and the challenges of reporting during the pandemic.

Prior to joining Frontline, Texiera has written for the Los Angeles Times, Newsday, The Baltimore Sun and The AP.

“In struggling newsrooms across America, in-depth journalism has all but disappeared for lack of resources. Yet, now more than ever, our communities—and our democracy itself—desperately need investigative local coverage,” Texeira said in a statement. “It’s truly an honor to join Frontline’s world-class team to help champion these vital stories.”

Frontline ep Raney Aronson-Rath added, “We are so thrilled to welcome Erin and Nina to our newsroom. Both women come to Frontline with career experience that has made them uniquely and perfectly suited for each of their new roles: Nina to become a senior producer, following a rich background in documentary storytelling; and Erin to lead our Local Journalism Initiative, following years in print journalism. We are excited to see how Erin and Nina can help contribute to Frontline’s future success and longevity, and to have them join our senior team.” 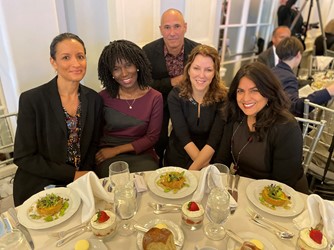